A Story That Needs to Be Heard; The Heart of Nuba (Sudan)

Ken Carlson, Director and Producer of The Heart of Nuba - Mon, Mar 5th 2018

A Story That Needs to Be Heard

By Ken Carlson, Director and Producer of The Heart of Nuba 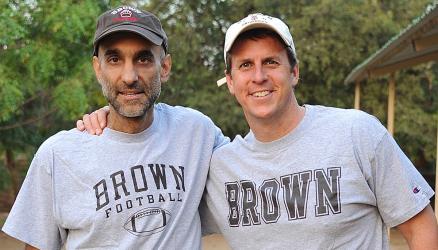 Ken Carlson is the director and producer of The Heart of Nuba, an award-winning film that documents the atrocities of war in Sudan and highlights the remarkable life of Dr. Tom Catena. Tom and Ken met at Brown University and their friendship continues today, years later and miles apart.

The Heart of Nuba will be released theatrically on Friday, April 6, 2018. We are proud to be partnering with Ken Carlson and his team at The Heart of Nuba and hosting the exclusive premiere in New York City, on Monday, March 26, 2018.

“Everybody’s life is valuable, we can’t lose sight of that, otherwise we lose our humanity.”  Dr. Tom Catena

“Catman needs our help” was the subject line of the email.  Brown University classmate and football teammate, Dr. Tom “Catman” Catena, was in dire straits.  A truck carrying a year’s worth of medical supplies, vaccines, and food to the Mother of Mercy Hospital in the Nuba Mountains of Sudan, where Dr. Tom is the sole surgeon for nearly one million people, had been hijacked and raided.  The clock was ticking loudly.  The rainy season was less than three weeks out. Once it began, there would be no movement possible. People would die.

Miraculously, within two weeks, the Brown community raised over $102,000 to not only replace the stolen truck but to fill it with more supplies than it had before!  Two days before the heavy rains began, the truck and life-saving supplies arrived at the hospital and lives were saved.

Right there and then, I realized this was a story that needed to be told. It was the birth of a feature length documentary film, The Heart of Nuba.

It was only a few months later that I found myself on a dusty airstrip in South Sudan, with a half dozen child soldiers aiming AK-47’s at my head. After forty-five minutes the melee reached a fevered pitch. I desperately revealed that I was smuggling my way into Sudan to make a film about my friend, Dr. Tom.  Immediately tensions subsided. The mere mention of “Dr. Tom’s” name had the power to set me free, literally saving my life.

On the hellish drive into the remote Nuba Mountains, we literally dodged barrel bombs dropped by a Soviet-built Antonovs. Upon arrival, Tom gave me what I used to know as a 245 pound, nose guard, All-American hug. But now he was 135 pounds. 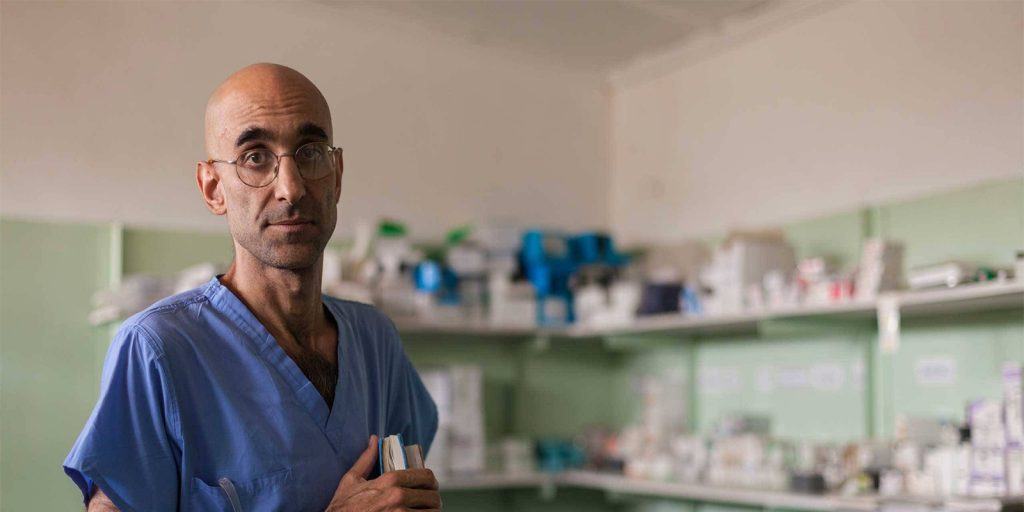 While I was still taking all of this in, 17 casualties arrived at the hospital, the latest victims of government bombings in the region. Dr. Tom, always on call, switched into scrubs and high gear. Cameras came out and we started to film.

This was the first of two harrowing trips I made to capture Dr. Tom and the people of the Nuba Mountains. Both trips totaled just under six unforgettable weeks. In the end, I left the perilous region of Sudan having “gotten” the story. Dr. Tom, who is as close to a saint as anyone I would ever hope to meet, stays to assist others as they struggle to survive.

My concern for him endures. He works selflessly, 24/7, treating all conditions, casualties from the conflict to malnutrition. He reminds me that his greatest compensation is the fulfillment and peace that comes from serving others in need.  Regardless of the hardship, Dr. Tom is exactly where he wants to be.

Throughout [my travel and the making of this film], Tom had my back, as he did many years ago on that football field at Brown. I am thrilled to be releasing The Heart of Nuba in theaters this spring, and hope that I will continue to have his.

Join us for the exclusive premiere Monday March 26th