A Woman’s Voice: Conversations of Discernment and Grace 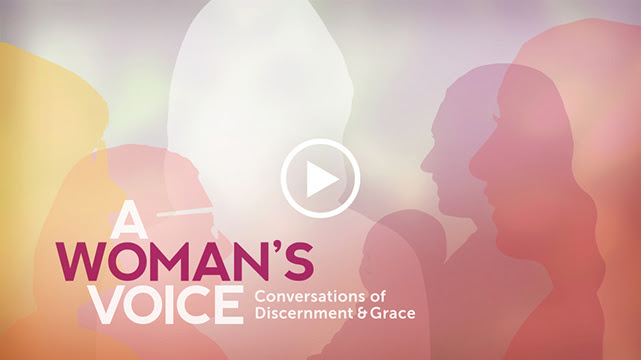 “A Woman’s Voice: Conversations of Discernment and Grace” is a very important and timely documentary, to premiere on Easter Sunday 2018 on Salt and Light TV, Canada’s Catholic Television Network. The date was no coincidence: for what better launch date could there be for a documentary about some outstanding and astounding women than Easter? Think of the first witnesses to the Risen Lord – a diverse group of women who first learned the news of Jesus’ resurrection. Their names were Mary of Magdala, Joanna and Mary, the mother of James as well as the many others who accompanied them (Luke 24:10). Anyone who thinks that the early Church invented its accounts of the resurrection must ask themselves why the Gospels all insist on telling the story of the women who were the first witnesses. What was once believed to be ‘idle tales’ is now a bold, transparent testimony to the resurrection with real historical credibility.

Think of those first witnesses of the Risen Lord! One had lived with seven demons, two were honoured wives of village fishermen, one was the wife of a top official in Herod’s household, and others had sufficient enough money to hire servants to do their household chores while they wandered with Jesus and the twelve. God chose this group of women to be the first bearers of the most poignant, pivotal moment in our faith story – the resurrection of Jesus Christ. Elated, they rushed from the tomb to share the joyous news with the apostles that Jesus was alive!

Today, the Church still struggles to give women their due voice as witnesses to our risen life in Christ. Pope Francis has invited the Church to develop a deeper theology of women. I sincerely hope that this documentary is a small, yet effective response to the Pope’s invitation to the whole Church to give women a voice and recognize their tremendous witness in the world.

These women are pro-active caregivers, healers, reconcilers, communicators, political leaders, activists, problem-solvers and teachers. They carry on the work of the Lord at times despite all odds and often in the face of opposition, oppression and indifference. Without their conviction, witness and fidelity to the Risen Lord, the Church and the world would be deprived of the dynamism and effects of the Resurrection.

“A Woman’s Voice” was made possible because of the creativity, dynamism, faith, hope and conviction of a group of women at Salt and Light Catholic Media Foundation. Cheridan Sanders sowed the initial seeds; Gita Hosek, Gillian Kantor and Sohee Park watered those seeds and nurtured the plant as it grew into this remarkable production. They were aided by our master editor, Marc Boudignon who spent many months weaving together the interviews, images and stories into rich and convincing conversations of discernment and grace. All of this was supported by a generous grant from the Canada Media Fund.

May the bold and courageous witness of the eleven women in this documentary inspire everyone to listen, reflect, pray and give thanks to God who works through each of their lives. As we enter into their worlds and stories, may we also begin the conversation wherever we are with the women around us and recognize the great things that God is doing for the Church and for the world through the lives and witness of remarkable women.