The first book printed in what later became the United States of America is expected to set a world record at auction on Tuesday. The Bay Psalm Book is valued not only as an object of extreme rarity, but also as a symbol of a future nation's identity.

A few years after the Puritan "Great Migration" of 1630 from England to Massachusetts Bay, the settlers undertook an ambitious project, writing and printing their own book of psalms.

They already had psalm books, but being reformists who embraced congregational singing, wanted a translation from the Book of Psalms in Hebrew Scriptures that was both closer to the original and written in verse.

A printing press - perhaps obtained surreptitiously to avoid English licensing laws - arrived from London in 1638, along with 240 reams of paper.

Though the man who raised the funds for them, the Reverend Jose Glover, died during the journey, his widow settled in Cambridge, Massachusetts where she established the press.

What is a psalm?

It was operated by Stephen Day, an indentured servant of the Glovers and a locksmith by trade. In 1640 he printed some 1,700 copies of the 300-page Whole Book of Psalmes Faithfully Translated into English Metre, commonly known as the Bay Psalm Book.

The simple volume was put straight to use by congregations across the colony. Though the text was reprinted more than 50 times over the next century, most first edition books were worn out within decades.

"It's a book that was not created to be fancy or splendid or valuable in any way other than the significance of its content," says Derick Dreher, the director of Philadelphia's Rosenbach Library, one of the few institutions to hold a Bay Psalm Book.

"But because the congregation for which it was created literally used the book to death, very few of the copies have survived.

"We have all sorts of reports that go well back into the 19th Century about the lengths to which people were willing to go to acquire a Bay Psalm Book and they just couldn't be had." 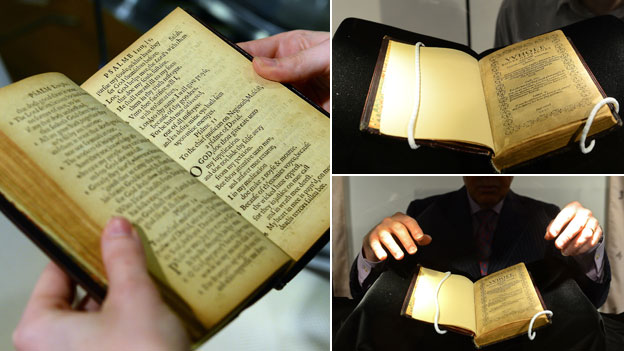 Today just 11 are known to exist, and Boston's historic Old South Church is selling one of its two copies at Sotheby's auction house in New York. It's the first time a Bay Psalm Book has reached the market since 1947, and could conceivably be the last.

The Old South Church says it has no plans to sell its final copy, which in any case may be protected by the terms of a bequest, and the other nine books are prized items in major collections or libraries.

It notes that the Bay Psalm Book sold in 1947 for $151,000 set its own record, and dwarfed prices paid around the same time for a Gutenberg Bible Old Testament, a Shakespeare First Folio, and a Birds of America. 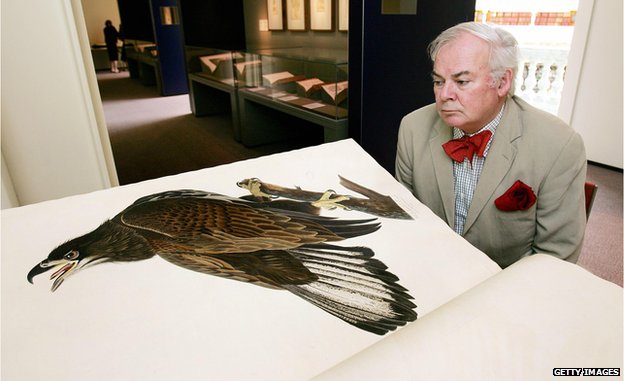 John James Audubon's Birds of America is the world's most expensive book, but perhaps not for long

The Bay Psalm Book has achieved its status despite criticism early on about its quality.

Publisher and author Isaiah Thomas noted 200 years ago that it "abounds with typographical errors" and "does not exhibit the appearance of good workmanship. The compositor must have been wholly unacquainted with punctuation." 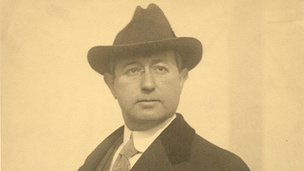 In 1933 renowned American book collector Abraham Rosenbach received a letter from a certain James Weatherup in Belfast, Northern Ireland, who said he had a copy of the Bay Psalm Book that his daughter could bring with her to New York for inspection.

Rosenbach was sceptical - a first edition had last been discovered in 1855 - but found that the book was genuine. He sent Weatherup a cable: "Book received regret condition we do not make offers so kindly cable your price in pounds", to which Weatherup replied: "150 pounds". The deal was made and Rosenbach had struck one of the great book bargains of all time, adding a Bay Psalm Book to the collection now housed in the Rosenbach Library in Philadelphia.

Rosenbach was not so lucky, however, in 1947, when Yale University employed him as an agent to help raise funds for the Bay Psalm Book auctioned that year. Pledges of $95,000 were secured, and Rosenbach understood that more money was available if needed. But after John Fleming, who was doing the bidding for Rosenbach, was raised to $151,000, the agreement with Yale quickly soured. Rosenbach offered to cover the difference, expecting to loan the money while more contributions came in. A payment of $49,500 was fixed, but Yale accepted it as a gift, and Rosenbach was never refunded.

Sources: The Rosenbach Museum and Library and Sotheby's

The inking of the type is uneven, and there are numerous printing mistakes. The top of the left-hand page carries the word "psalm" and a number in Roman numerals, but on the right hand page it appears as "psalme". Inverted commas are used in place of apostrophes.

Peter Needham, the head of Princeton's Schiede Library, says the book probably falls a little below the "pretty mediocre" standard of contemporary printing in London, and that the Gutenberg bible, less rare but printed nearly two centuries earlier in Mainz, is "immensely more beautiful".

The awkwardness of the Bay Psalm Book translations has also drawn criticism.

As the scholars and ministers who devised the book acknowledge in the preface, they "attended conscience rather then elegance, fidelity rather then poetry, in translating the Hebrew words into English language".

John Hoover, former president of the Bibliographical Society of America, says the Bay Psalm Book, which includes some Hebrew letters, reflects the very high level of scholarship in the colony.

The language "has that odd Puritan ring to it - it's an acquired taste".

But he adds that far from counting against it, the Bay Psalm Book's eccentricities of verse and print point to the history that underlies its appeal.

As the first book printed in British colonial America, the volume can be seen as marking the arrival of Western civilisation in what would become the United States.

By 1700 Boston had already overtaken Oxford and Cambridge to become the second most active centre of publishing of English books after London. 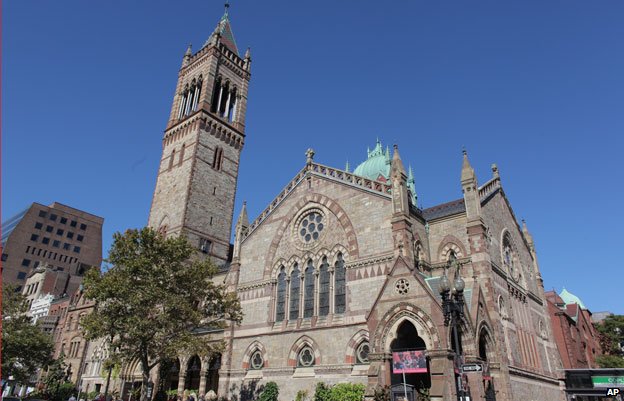 And although the Massachusetts Bay Puritans were not separatists or democrats, their pioneering spirit and quest for freedom can be traced forward to US independence in 1776, and the identity of a new nation.

"It was an act of independence going to Massachusetts and setting up their own society with their own version of Christianity, and I think you can draw a pretty direct line ultimately to the events of 1776," says David Redden, who as head of Sotheby's books department will conduct Tuesday's auction.

"In the past it would simply have been - it's the first book printed in America, and not so much what it contained. But I think now what it contained is also going to be quite important and it may very much influence where the bidding goes."

The Bay Psalm Book's historical significance is keenly felt at the Old South Church, where Founding Father Benjamin Franklin was baptised and meetings that led to the Boston Tea Party were hosted.

That made the decision to part with a copy difficult, but church leaders argued it was necessary to pay for operating costs and the congregation overwhelmingly supported them in a vote.

"The point is that we're not a museum," says Tom Grant, a trustee at the church. "We're about mission and social justice and serving God's people.

"And holding on to a treasure, that is not furthering the mission of the church."