Being a priest doesn’t mean you can’t have fun

Being a priest doesn’t mean you can’t have fun, along with all the business of life and death 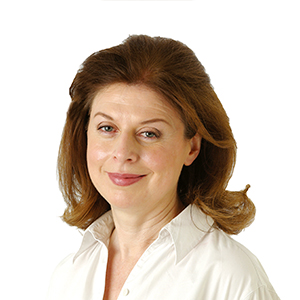 The nice thing about the film It’s a Wonderful Life is that it shows a man how much he is valued while he’s still around to take pleasure from the knowledge. It’s been a little like that since Mark Langham, until lately chaplain at Cambridge, let it be known to the chaplaincy that he’s very unwell and receiving palliative care; Westminster Cathedral, where he was administrator, did the same. There has been an outpouring since of prayer and affection since then, which was enormously moving to witness. Friends got in touch with friends to let them know; students organised rosary rotas; people who knew him at various points in his life surfaced to share their bewildered concern. Having known him since we were under­graduates at Cambridge, my own sensation was one of utter vexation with God for striking down with illness someone who brought so much to the world. Being both intensely private and modest, he will probably hate my saying so. Too bad. Most of us, most of the time, don’t tell our friends how much we value them. And more generally, we don’t say enough how much good our priest friends do. One thing to be said for one of your contemporaries becoming a priest is that over the course of his career you get to be friends with his friends and that’s been wonderful. And while there’s been an awful lot said and written about the privations of a celibate priestly life, one thing it does is enable you to put yourself wholly into everything you do. Most recently, for Mark, it was the Chaplaincy at Cambridge. And while Fisher House has had some fabulous chaplains, Fr Bob Ombres OP being my favourite, there can’t have been many who enjoyed such an easy reciprocal affection with students and senior members of the university as he did. He took enormous pleasure from the manifest enthusiasm of the young people he met, enthusiasm that he helped generated himself. “The undergraduates now are much better than we used to be”, he’d tell me over a drink. “They actually go out and proselytise. They actually invite people into the chaplaincy to see what it’s like for themselves. Can you imagine us doing that? ” Nope. But that kind of generosity of spirit is only partly self-generating; it needs support and a base. That’s exactly what the chaplaincy provided, a safe space where you could drink the stiffest gins in Cambridge (when we were still allowed to mix), relax with others who shared the faith, share the sacraments and engage in the kind of exploration of Catholicism that a really intelligent programme of talks, lectures and sermons can make possible.

But while the chaplaincy was the high point of Mark’s priestly career to date, there was an awful lot more to it, starting with an early deployment to the parish in Bayswater, London, where he succeeded the late Fr Michael Hollings. That was a challenge (inter alia, some of the homeless were used to regarding the presbytery as their own), but he invigorated that parish in a way you only can if you like and appreciate your parishioners (he got very kindly treatment from Portobello market stallholders). At Westminster Cathedral, he was administrator, and gave his all to it. That was one reason why he was asked to help write a report with others on the future of music in the Cathedral following the effective downgrading of the choir. He consulted with directors of music in the great Anglican foundations but the report’s recommendations haven’t yet been followed through properly. One reason Mark enjoyed a good ecumenical friendship with Anglicans and Methodists is that he was sent to Rome to work on relations with the Anglican communion and other churches. He joked about being a high class tour guide for visiting clergy and their wives but he made real friends – you can see the affection for the CofE in the way he wrote about its future in this paper. And for someone with a keen sense of beauty, Rome had everything. But there were other postings. A while back he wrote: “Fully embracing the new Franciscan ideal of Church, I am now installed in Monte Carlo, to look after a parish for twelve days. Even the yachting classes have souls.” And that’s the thing: being a priest doesn’t mean that you can’t have fun, along with all the business of life and death and human flourishing and divine mecy. He has done all that well. Te iubio valere, Mark. Melanie McDonagh is a journalist and writer.