The intervention by the Pope Emeritus puts pressure on Francis as he prepares to release his response to the Amazon synod. 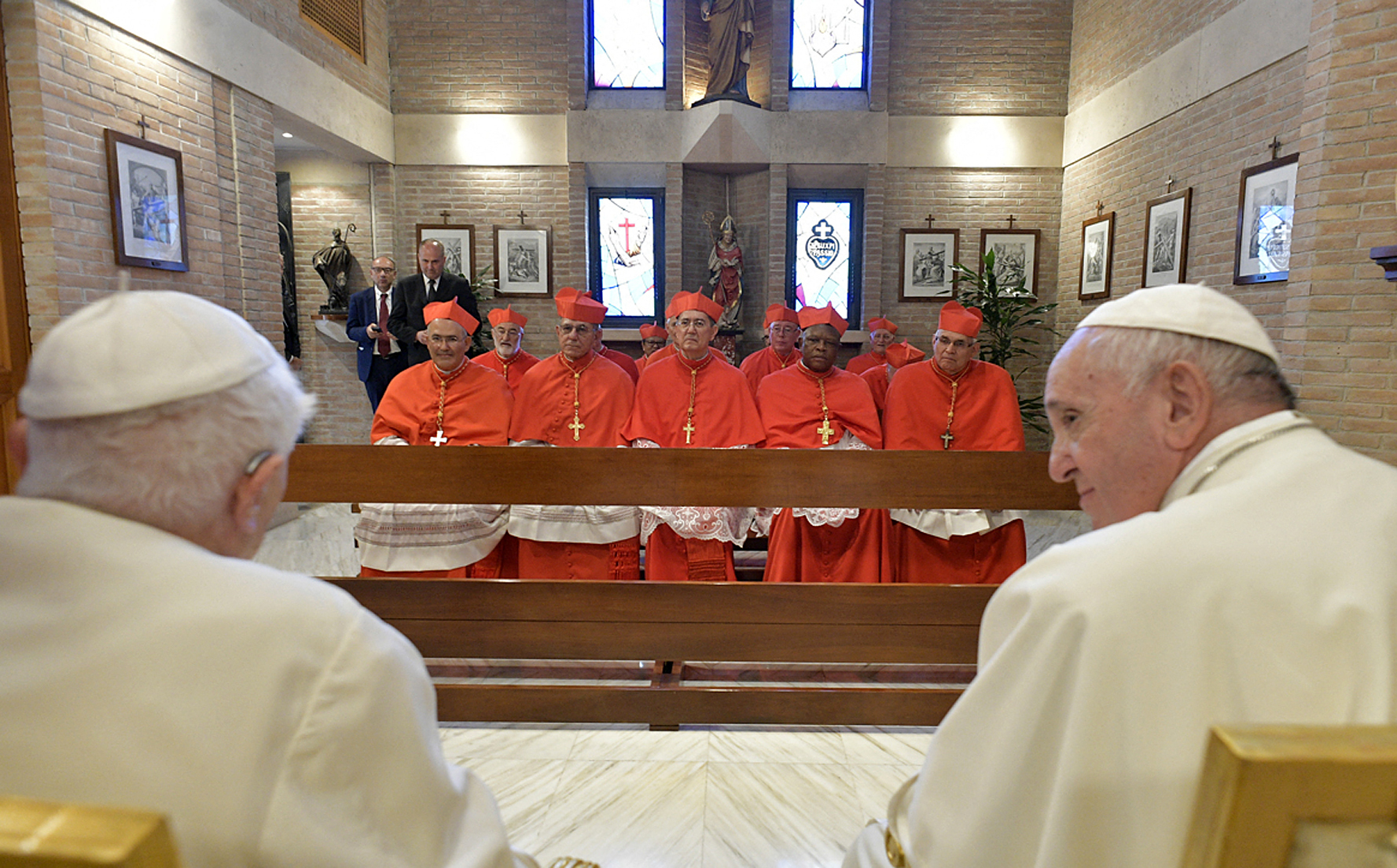 Benedict XVI is arguing that celibacy must remain the condition for ordination to the priesthood just as Pope Francis considers whether to allow married men to be ordained to serve in parts of the Amazon.

The Pope Emeritus makes his remarks in a forthcoming book co-authored with Cardinal Robert Sarah, the Church’s most senior liturgy official. Extracts are to be published in French newspaper Le Figaro on 13 January and have been seen by The Tablet.

The intervention by Benedict puts pressure on Francis as he prepares to release his response to the recent synod gathering on the Amazon region.

During the synod, the majority of bishops requested that married deacons be ordained priests to serve remote communities currently left without access to the eucharist for months at a time. While the Jesuit Pope has defended the general rule of celibacy, he has indicated an openness to allow for exceptions.

In the book, to be published by Fayard on 15 January, and with different sections written and signed by different authors, Benedict argues that priesthood and marriage are not compatible, adding that renouncing marriage “in order to place oneself at fully at the disposal of the Lord has become a criterion for priestly ministry.”

As Pope, Benedict set up the Ordinariate, a place for both married and unmarried Anglican priests from the traditionalist wing of that church to move over to Rome while retaining aspects of their Anglican heritage. Even outside the Ordinariate, it has been possible for married Anglican and Lutheran clergy to convert and become working Catholic priests, with special dispensation.

There are also married priests in other Catholic churches around the world, such as most Eastern Rite churches.

So although Benedict's remarks now make it difficult for Francis to open the door to exceptions in the Amazon for married priests without looking as though he is breaking with the teaching of his predecessor, something any pope is loathe to do, supporters of Francis can legitimately argue that he would merely be acting in the tradition of his predecessor, to meet local pastoral need.

The Pope Emeritus and the cardinal, who has been repeatedly corrected by Francis over liturgical matters, say their book arose out of the “strange media synod that has taken precedence over the real synod,” which took place last October.

“The similarity of our concerns and the convergence of our conclusions made us place the fruit of our work and our spiritual friendship at the disposal of all the faithful, following the example of St Augustine” the pair write in, “Des profondeurs de nos cœurs” (“From the depths of our hearts”).  “Like him we can say: Silere non possum! I cannot be silent!”

Following his dramatic decision to resign as Bishop of Rome, Benedict XVI, now aged 92 and increasingly frail, pledged to remain "hidden from the world” in a life dedicated to prayer.

Nevertheless, he has intermittently given interviews, written articles and contributed to books.

Last year, he wrote a 6,000-word essay on the clerical sexual abuse crisis which diverged from Francis' analysis of the scandal. While Francis has shown magnanimity and generosity to his predecessor, and the Pope Emeritus has been careful to show his loyalty to his successor, concerns have been raised about a “runaway court” around Benedict XVI seeking to drive divisions between the two.

According to Le Figaro, the retired Pope had drafted some notes on a document looking at “the crisis of priesthood” but had put them to one side "out of weariness.” Cardinal Sarah, 74, took up the mantle and in preparing the book the pair exchanged documents and held meetings conducted in French and Italian. Nicolas Diat, a close collaborator of Sarah, is the book's editor.

Clerical celibacy is a discipline, and not a dogma, of the Catholic Church and only became mandatory for Latin-rite priests in the 12th century. A number of eastern churches in communion with Rome do not enforce celibacy while many married Anglican clergymen who became Catholics have been ordained priests. In their book, however, Benedict and Cardinal Sarah argue that while the early Church allowed married men to be ordained, those married priests were required to abstain from sex.

The 74-year-old cardinal appeals to Francis to “veto any weakening of the law of priestly celibacy, even limited to one or the other region.” He says that any weakening of the link between priesthood and celibacy “would constitute a questioning of the magisterium of the council and of the Popes Paul VI, John Paul II and Benedict XVI”.

The cardinal adds that the Amazon has a right to be served by celibate clergy saying they should not be given “second class” priests, while urging the Church not to be drawn into the “diabolical lies” and “fashionable errors that want to devalue priestly celibacy”.