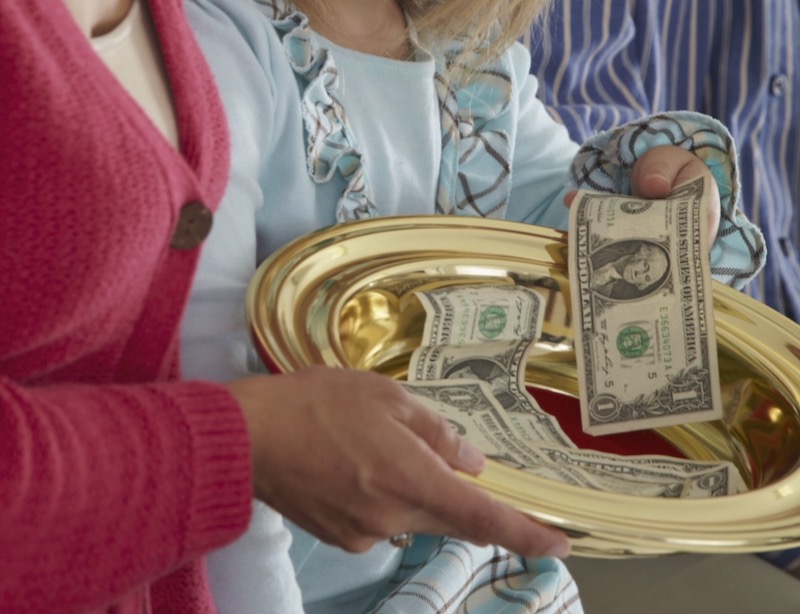 Priests who rely on church collections for their livelihoods have endured a catastrophic drop in income after churches closed in March because of the coronavirus lockdown. Now they have had their applications for a special government benefit turned down.

Chancellor Rishi Sunak introduced the Self-Employment Income Support Scheme (SEISS) to help people who are not salaried have some income during the pandemic. But priests who have asked for this financial assistance have been rejected by the tax collecting authority, HMRC.

The situation has been so dif- ficult for some priests that the Archdiocese of Birmingham has written to HMRC and the Chancellor to ask for an urgent review. In his letter, the archdiocese’s treasurer, David Palmer, acknowledged that the situation regarding priests is complex.

He went on to write: “I am convinced that, in equity, Her Majesty’s Government did not intend that Catholic priests, who have a key role in the community – ministering to their parishioners including the poor, the marginalised, sick and dying – should be excluded from a scheme designed to help low-paid individuals survive during this difficult period of lockdown.

“Since the restrictions on gathering at churches are likely to continue for months, the impact on their finances is likely to be considerable. I therefore believe this inequitable treatment is worthy of review.”

Mr Palmer sent his letter in June but given the limited numbers of people who have returned to Mass, the financial situation for many priests who rely on collections still remains precarious.

As a general rule, priests receive their income through the collection plate and standing orders, as well as through fees for Baptisms and weddings, and also through contributions for Masses. It is then topped up by Christmas and Easter offerings from parishioners when all the collection goes to the priest; on Sundays, some of the money given goes to the diocese.

The system means that priests are treated as self-employed for National Insurance purposes, but are taxed on their income as “office holders”. Now they have been told that they are ineligible for SEISS because they are “non-trading”.

Mr Palmer told The Tablet: “The priests in poorer parishes are suffering the most where the Sunday collection is typically mostly cash rather than standing orders.”

One priest, who applied for the government scheme but was rejected, has heard of others who were also turned down, but some elsewhere have been accepted. Canon John Weatherill, parish priest of St John the Baptist, Purley, Surrey, in the Archdiocese of Southwark, said: “I applied online through the government’s gateway and got declined within 30 seconds.”

With income dropping by up to 70 per cent in some Southwark parishes, the archdiocese authorised each priest in a parish to take a minimum of £1,500 from funds to replace this year’s missed Easter offering, caused by churches being shut. But Canon Weatherill said he and other priests did not feel they could do so from diminishing parish funds.

“At a time when individuals and families are suffering financial worries and anxiety about feeding their families, and about their rent or mortgage, jobs and future employment prospects, priests on the other hand have ‘job’ and accommodation security,” he said.

HMRC has still not responded to the Archdiocese of Birmingham’s request made in June for a review, although a spokesman for the tax authority this week told The Tablet that if priests “do not declare self-employed trading profits, they would not meet the eligibility criteria for the Self- Employment Income Support Scheme.

“However, there are other support schemes out there such as enhanced Universal Credit.”