The bishops connect care for the beauty of creation with care for unborn children, the elderly and vulnerable. 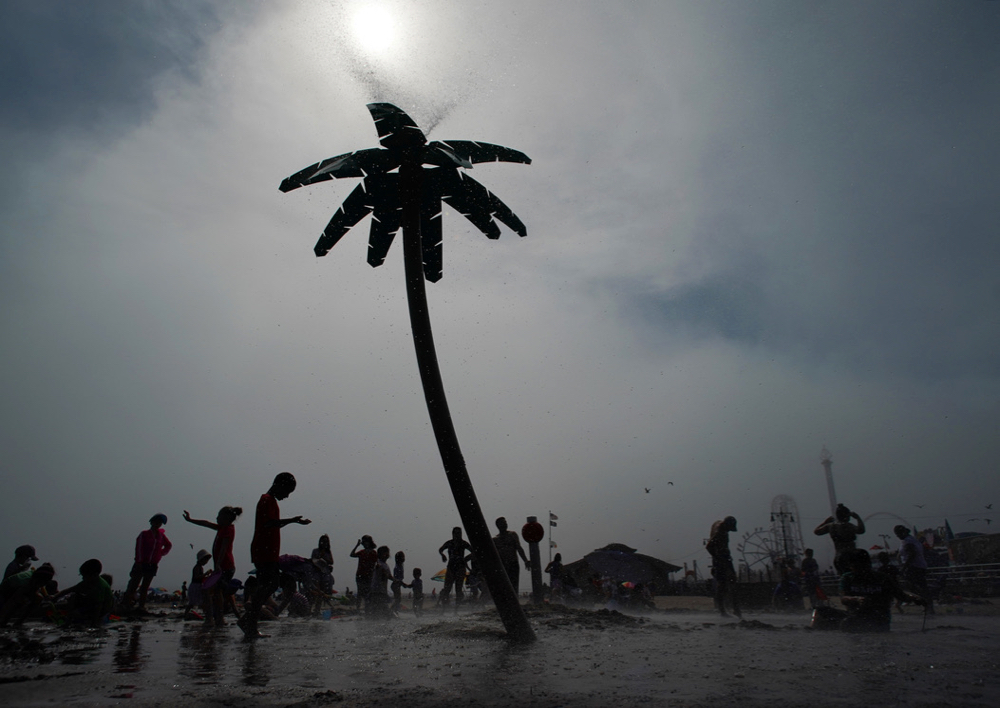 Children play at a palm tree shaped fountain on the beach on a day where temperatures reach the mid 80's on Saturday August 17, 2019 in Coney Island - Photo: JOHN ANGELILLO/UPI/PA Images

The Bishops of England and Wales have declared an unprecedented ecological crisis and called on Catholics, their parishes and dioceses, to change their lifestyles to tackle climate change.

They announced that they would review the bishops’ conference’s 2002 letter on the environment, “The Call of Creation”, and would update it to reflect the present situation and to promote good practice within the Church.

“We need a more considered relationship with our God, our neighbour and the earth through the way we manage our resources as a Church,” they write.

“We, the Bishops of England and Wales commit ourselves and invite our people to engage in this urgent challenge, so that together we show leadership by our actions.”

The statement, which quotes heavily from Pope Francis’ encyclical on the environment, Laudato Si’, says that humanity had abused the earth. It notes devastating losses in biodiversity and the impact of global warming on weather patterns. The impact of the ecological crisis, they write, would affect the poorest first.

“In the past, a lack of understanding could be claimed, but harm done going forward is done with full knowledge of the impact of our activities. Younger generations are not blind to this fact,” they write. They state further that “a concerted effort and widespread change to our current lifestyles will be necessary”.

The bishops connect care for the beauty of creation with care for unborn children, the elderly and vulnerable. They call for the development of a Christian spirituality of ecology, and to a new lifestyle, beginning in personal and family life.

While the statement stops short of committing the bishops to any specific action, a further response from the bishops’ conference notes that the Catholic Church is already one of the largest single consumers of green gas in the UK, with more than 4,500 churches and schools using renewable energy.

It also points to Catholic ecological projects around the country, including the Laudato Si’ Centre in the grounds of the bishop’s house in Salford, and work by Cafod including the “LiveSimply” award to recognise green institutions and the sale of bat and bird boxes in Salford to encourage biodiversity.

Mary Colwell, conservationist and author, warned that the statement lacked leadership. “I applaud its recognition that the Catholic Church has a role to play, that the role of faith is based on fostering an attitude of mind and heart that recognises our responsibilities to a living planet and that we have to act with urgency. All that is good to have reiterated,” she told The Tablet.

“When all the bishops change their diet so that they only eat local food, and especially to meat that does not depend on imported soy, or go vegetarian or even vegan (if only vegan for a day or so a week), fly only when really necessary, change their cars to electric and urge all parishes to protect and care for the natural environment around their local area, then I will believe change is coming. I look forward to these commitments in the full statement.”

She “despaired” that the Amazon Synod was to be held in Rome.

“The Pope and bishops should be saying Mass in the smoking ruins of a forest – a statement to the world of hope – not all gathering in the West,” she said.

Fr Martin Newell, climate activist and Passionist priest, said he was grateful the bishops had issued the statement.

“It’s a start,” he said. “What I note is missing is anything about political action. It talks about urgency and ecological crisis – but we’ve been in a crisis for a long time and now it’s an emergency. The statement talks about lifestyle changes and conversion, all of which is necessary, but we’re all embedded in a system and we can’t change it just by personal lifestyle choices.”