Church in Ireland must 'renew and refresh' says Archbishop

Archbishop Martin emphasised the importance of reaching out to young people who “are living in a very different space”. 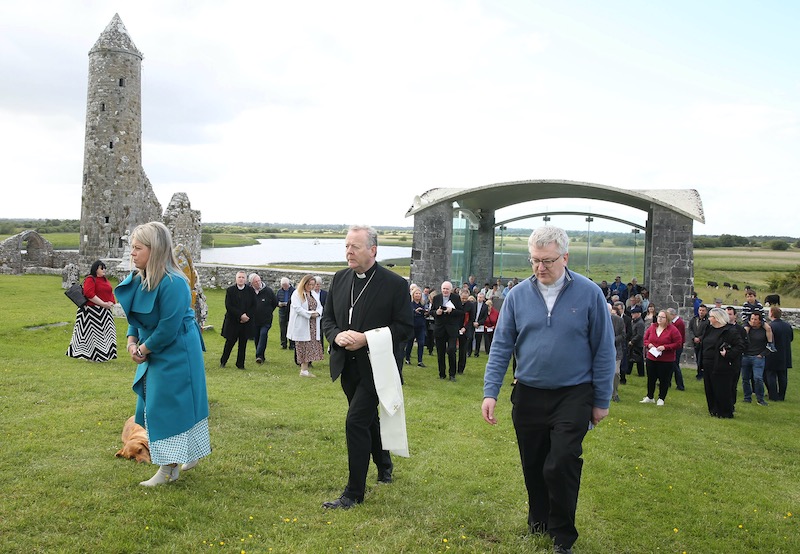 The Catholic Church in Ireland is “moving from maintenance to mission” and needs to renew and refresh itself, according to the head of the Irish Church, Archbishop Eamon Martin.

Speaking to The Tablet after the closing liturgy for the national pre-synodal assembly at the sixth century monastic ruins of Clonmacnoise, Archbishop Martin said: “We are only at the beginning of something here. Over the course of the last year, we have been talking to people all over Ireland and that culminated in today’s event which was a moment to hear the fruits of that conversation.

“It has not always been a comfortable conversation because we have been hearing a lot about the hurts, the struggles, the pains and the challenges of our people – the awful shadow abuse has cast over the Irish Church.

“We are moving into a new period of evangelisation, recognising that many people – even those who have been baptised in the faith – perhaps don’t have a personal relationship with Jesus, don’t have a personal sense of God, and indeed maybe don’t have a sense of direction in their lives. We are trying to find new ways of communicating the joy of the Gospel, which is very much a theme that Pope Francis has been revealing to the Church during his pontificate.”

Archbishop Martin emphasised the importance of reaching out to young people who “are living in a very different space” and suggested that the Church could play an important pastoral role among an increasingly disaffected youth. Feedback to the assembly revealed “a despair among a lot of our young people, a lack of hope, and a lack of a sense of purpose” and at the same time “a belief in faith, in hope and in love”. This, he said, is “what we are trying to rekindle in the life of the Church”. 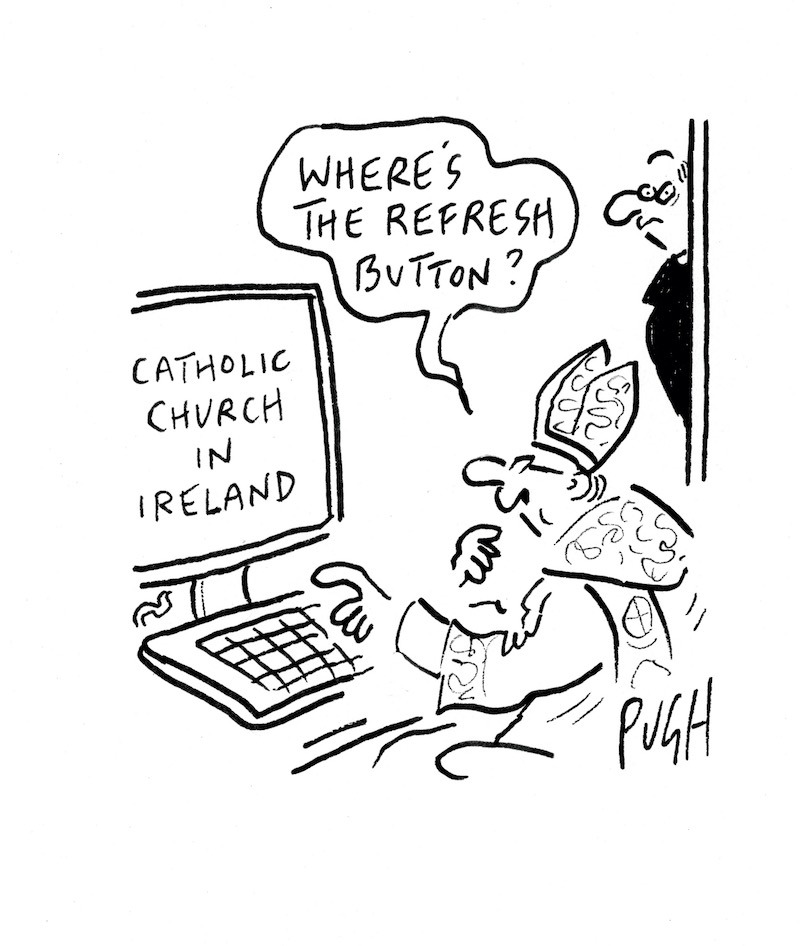 The assembly brought together 160 representatives of dioceses, religious orders and catholic organisations in Athlone to discuss the Irish Church’s submission to the 2023 synod in Rome.

The gathering was the culmination of a process which has seen thousands of Irish Catholics consulted over the past nine months through parishes, dioceses and organisations as well as online about possible Church reforms.

Fr Brendan Hoban, a delegate on behalf of the Diocese of Killala and co-founder of the Association of Catholic Priests, described it as “a very special day” and “a once in a lifetime” which had “a great sense of history about it. People felt that this was a gathering that was breaking new ground.”

He told Faith Alive on Mid-West Radio: “You could say that it is the first time since St Patrick that bishops, priests and people – old and young – delegates from every diocese in Ireland came together. It was really a national occasion and there was a sense too that it was very much a historic occasion. People were saying things like ‘I never thought I would live to see this day’. The joy and the happiness in the room was palpable.”

The retired parish priest said that this “new way of being church” was something Pope Francis was trying to foster and the Holy Spirit was asking the Church to become, where all the baptised listened to each other and collectively tried to find a way forward together, rather than just being told what to do by “people at the top”.

According to Bishop Paul Dempsey, a member of the synodal pathway steering committee, there was a commonality in the themes that emerged from the 40 submissions discussed.

Speaking also to Faith Alive, Bishop Dempsey said the other themes included the challenges for families and faith in society today, how the Covid 19 pandemic had affected the Church, concern over young people, educating adults in the faith, lay ministry, co-responsible leadership in the Church as well as bringing healing to the Church following the “awful chapter of abuse”.

He said other themes that may need to be brought into the report before it goes to Rome on 15 August include the Travelling community and the Church, people with additional needs, the poor, and those in second relationships.

Dr Nicola Brady, chair of the synodal pathway steering committee, stressed that the national synthesis will be published online in order to allay concerns over transparency and censorship.

Bishop Brendan Leahy, a member of the committee, said: “The final report will echo back what we have been hearing throughout the dioceses and associations.”

According to Dr Brady, the report drawn up from the national synthesis will be used in preparations and as “a tool for further outreach” for Ireland’s national synodal pathway which will see a national assembly held in 2026.

“We will be using it as a tool for engagement for our national synod pathway and we will be asking what are the pastoral actions for the Church that arise out of this, and how do we draw more people into the conversation.”

She said organisers had been really encouraged by the depth of delegates’ engagement and their sense of the great privilege it was to have the space for listening and building connections in the Church.

However, she underlined that the listening process was not the same as a survey. “Surveys are valuable, but this is something different. It is not a numerical exercise in the counting of numbers or the counting of votes. What unites us is our faith and within that we can hold different views.”

She added: “There is a very real awareness of the challenges” and the synodal pathway is “building up a methodology which was gaining momentum as we progress through the process”.

One of the delegates, Tony Brennan from Derry diocese, said that synodality is a new way of being church and that the assembly was not “a one-off event” but rather a way of walking together. “We are at the very start of this,” he said and added that the conversations would continue.

Bishop Brendan Leahy described the synodal pathway as “a journey” which was about of the reception of the Second Vatican Council. The changes needed in the Church weren’t something that could be just worked out around a table. “It is deeper, it requires the whole people be involved and it also requires the Holy Spirit. I think synodality opens us up to that,” he said.

Another delegate, Anthony Neville, a parishioner of Baldoyle parish in Dublin and a member of the Association of Catholics in Ireland said: “It is important to realise that this is the first time in 2000 years that the people of God – the laity – have had an opportunity to discuss what is happening in the church, what has happened, and what could happen in the future. That certainly gives us great hope.”

Former TV journalist, Ursula Halligan, who was a delegate on behalf of We Are Church Ireland, and the Diocese of Elphin’s LGBT+ focus group, admitted that she had been “dreading” coming to Athlone “because I’ve felt so excluded from my church”.

But she said she had been “really heartened by the presentation of the feedback; it was so raw and so honest. I could hear that people were challenged and I realised that all of us were in the same space – a lot of us are out of our comfort zone. So many people made the point that it will be our shared faith that will get us through this because it is not going to be easy.”