Confusion in Portugal over Fatima celebrations 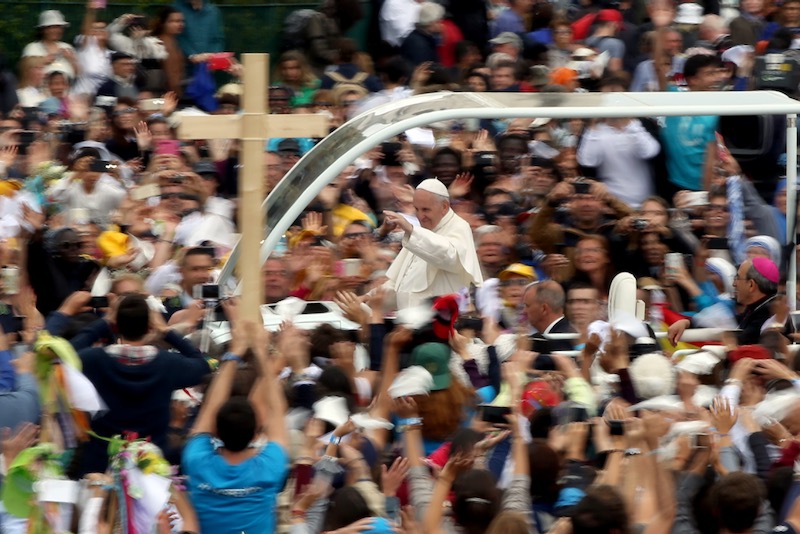 Pope Francis at the traditional annual pilgrimage to the Fatima Sanctuary, in Leiria, Portugal, May 2017.
NurPhoto/NurPhoto/PA Images

There will be no public Masses or other religious services before 30 May in Portugal, even though other confinement measures have started being overturned as numbers of dead and infected by Covid-19 begin to dwindle.

Some confusion has arisen, however, about the possibility of 13 May celebrations in Fátima, which usually draws hundreds of thousands of pilgrims.

When asked by a journalist why trade unions were allowed to gather in Lisbon on 1 May for a demonstration but pilgrims were not allowed to go to Fátima under the same conditions, Marta Temido, the Minister of Health, responded that if the Church so wished, this could be arranged. The comments took the diocese of Leiria-Fátima by surprise, especially as they came on the heels of the Prime Minister’s announcement that religious celebrations were not allowed.

The Bishop of Fátima had already announced on 6 April that the May celebrations would be held without pilgrims.

On Sunday afternoon, pressed further about the issue, Marta Temido was adamant that what she had suggested in no way contradicted the prime-minister or the Church, and then said that “we must not confuse celebrants with pilgrims”, without explaining further.

The mix-up about Fátima was just the latest in a series of confusing statements on this issue. It is still not entirely clear, for example, who made the decision about suspending Masses until the end of May. The Prime Minister met with representatives of the Bishops’ Conference beforehand, so he might have been acting on their advice, but in their own statements the bishops say that it was a Government decision, although they don’t dispute it.

The fact is that absent a state of emergency the Government does not have the authority to suspend freedom of religion, which is a constitutional right, leading many Catholics to vent their anger either at the State, for overstepping its jurisdiction or at the bishops for not resisting what seems to be hostile meddling in the private affairs of the Church.

Some priests even used their sermons or social media profiles to question the way the issue is being handled, with one parish priest of a traditionalist leaning parish going so far as to call for a “Catholic upheaval” and accusing left-wing forces of controlling the country, in a video which went viral.