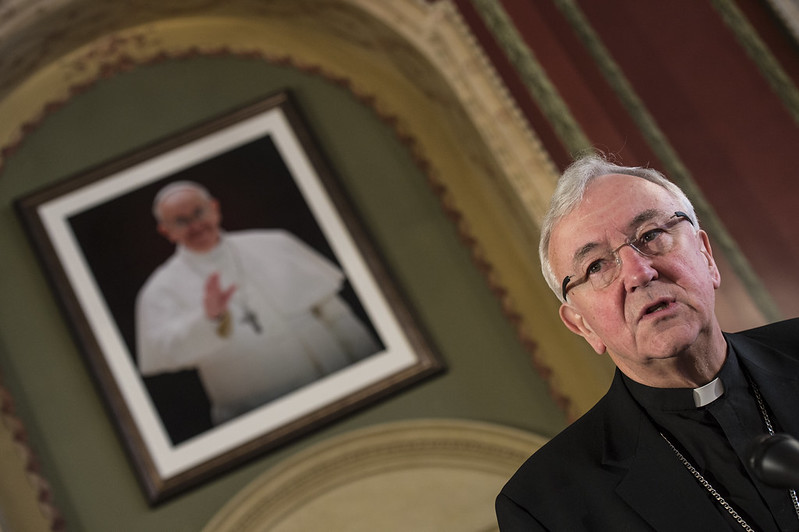 The coronavirus pandemic first brought society together but is now exacerbating inequality and harming the poorest, Cardinal Vincent Nichols has warned.

In a lecture on Monday night, the Archbishop of Westminster warned: “In the present phase its effects are amplifying division in society centred around housing, poverty and resourcefulness.”

And in a stark image, he said: “While some survive this storm in luxury yachts, others cling on to life rafts”.

During his lecture, which marked the tenth anniversary of Pope Benedict XVI’s state visit to the United Kingdom, Cardinal Nichols reflected on Pope Benedict’s address in Westminster Hall which highlighted the dignity of all human beings. He connected the speech to Pope Francis’ reflections on dignity in his new encyclical Fratelli Tutti.

“Human dignity…. is the keystone to this encyclical as are the ethical and moral demands which flow from proper recognition of that dignity in every circumstance,” said the cardinal, pointing out that Pope Francis also pointed out that respecting that dignity made a country decent and noble.

While Cardinal Nichols praised local initiatives helping people struggling in the pandemic, he urged greater action from everyone in society, including politicians and those who proclaim the Gospel.

“Our first imperative may now rest much more on what we do than what we say,” he said. “Public discourse does not favour religious belief nor give it a ready welcome. But nobody fails to recognise the value of what is being done in the name of Jesus up and down this land in response to poverty and loneliness”.

During the lecture, the cardinal showed a video of Benedict XVI’s  2010 Westminster Hall address and it showed the hall’s audience, including Boris Johnson, then Mayor of London. Cardinal Nichols’ lecture coincided with the row over free school meals during half-term. He said that as Prime Minister, Mr Johnson “cannot wave a magic wand” but he urged him to not to close himself off “from the suffering that is so much a part of everyday life for people at the moment”.

The lecture was organised by the ecumenical organisation, the Anglican Centre in Rome, and during his talk Cardinal Nichols referred to Pope Benedict’s attendance at evensong in Westminster Hall, his meeting with Catholic and Anglican bishops in Lambeth Palace, and the theme of “the continued search for a more visible unity among Christians” during his visit. There was no doubt, Cardinal Nichols said, of the warmth of ecumenical relations in Britain.