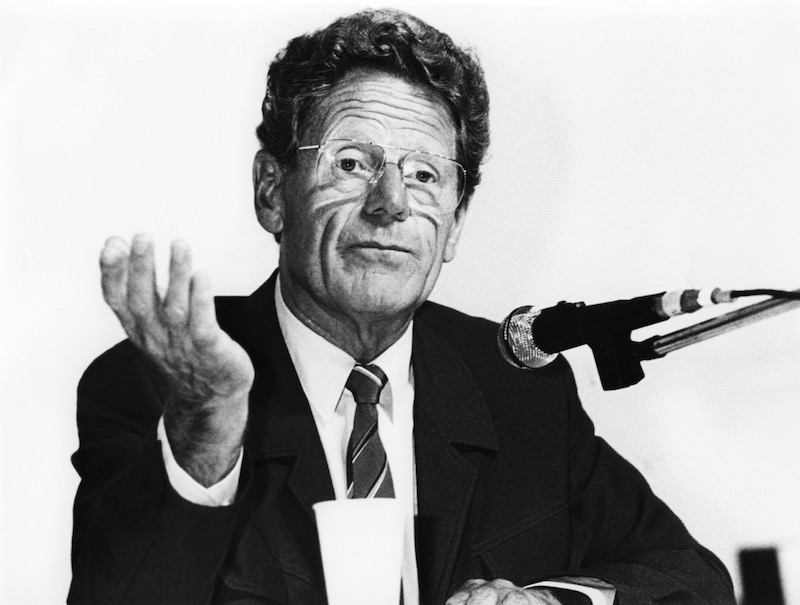 Fr Hans Küng, who was one of the most influential and prophetic voices of 20th century Christianity, has died aged 93.

The Swiss theologian helped lay the groundwork for the Second Vatican Council. He challenged the doctrine of papal infallibility which led to his licence to teach Catholic theology being revoked. He was a pioneer in the field of ecumenism and inter-religious dialogue.

Küng was a contemporary of Joseph Ratzinger, later Benedict XVI, and it was Küng, who was dean of the theology faculty at the University of Tübingen, who offered the future Pope a theology professorship at the university. Despite similar upbringings and a comparable theological formation, their paths would soon diverge.

While Küng critiqued teachings such as papal infallibility, mandatory celibacy for priests and the direction of John Paul II’s pontificate, Ratzinger moved out of academia and rose up the ranks of the hierarchy becoming Archbishop of Munich and then prefect of the Holy See’s doctrine office.

Things came to a head in 1979 when the Ratzinger-led Congregation for the Doctrine of the Faith announced Küng could “no longer be considered a Catholic theologian” and removed his mandatum, or right, to teach at Tübingen, a pontifically recognised university. It was a decision that left Küng feeling deeply aggrieved, and close to a breakdown.

Nevertheless, Tübingen created a special ecumenical professorial chair for Küng, which saw him engaging in theological dialogue with various religious and world leaders. His work in the public square saw him working to find agreement for a global ethic for humanity to live together, focussing on areas such as business and politics. He always sought to apply theology to contemporary realities, while looking for common ground with those with or without faith.

Despite their disagreements, Küng and Ratzinger had a surprise meeting following Ratzinger’s 2005 election as Pope. The pair talked for four hours in the summer residence of Castel Gandolfo and, although the encounter was friendly, the theological differences persisted.

Küng, who remained a priest in good standing until his death, wanted reform in the Church to go further and faster than many in Rome were comfortable with.

Yves Congar, the French theologian and one of the architects of the 1962-65 Second Vatican Council once said: “Küng goes straight ahead like an arrow. He is a demanding, revolutionary type, rather impatient…We need such people.”

The Swiss theologian saw the implementation of Vatican II as critical but it was not enough, in Küng’s view, to follow the letter of the council’s documents. He saw Vatican II as bringing the Church into a new era, marking an end to “Roman absolutism” and centralism and opening the way to new relationships between the Catholic Church and other denominations.

Küng was highly critical of the Dominus Iesus document from Ratzinger's Vatican’s doctrine body which said Christian churches formed after the reformation should not be seen as churches in the proper sense. Küng described this text as “absolutely impossible”.

As a 34-year-old rising star theologian, the Swiss priest was sought out as a peritus (expert theological adviser) by the German bishops during the council, where he exercised influence over the council’s thinking. Many of his ideas for renewal, particularly in the area of church authority, were enacted.

Fluent in six languages, he continued to shape theological debate after the council, lecturing around the world and writing widely read books. His 720-page work, On Being A Christian, sold more than 55,000 copies in English in hardback alone and was translated into dozens of languages.

Since 2013, Küng suffered Parkinson's disease, arthritis and macular degeneration leaving him unable to see and to write. and following his death, tributes poured in, including from inside the Vatican.

“A great figure in the theology of the last century, whose ideas and analyses must always make us reflect on the Catholic Church, the Churches, the society, the culture,” wrote the Pontifical Academy of Life. Meanwhile, the Anglican Bishop of Sherborne, Karen Gorham tweeted: “A great loss to the theological world, brave and convicted.”

While Küng had his critics, his call for the implementation of Vatican II, dialogue with other religions and closer ecumenical bonds between churches are all things that have been taken up with enthusiasm by Pope Francis. In 2016, Francis also responded positively to Küng’s call for a dialogue over the doctrine of papal infallibility, the issue over which he had been censured by the Vatican several decades earlier.

As the Church now wrestles with reforms at the beginning of the third millennium, the theology of Hans Küng forged at the end of the second is likely to be remembered as prophetic.