How St Francis of Assisi was persuaded to become an itinerant preacher. 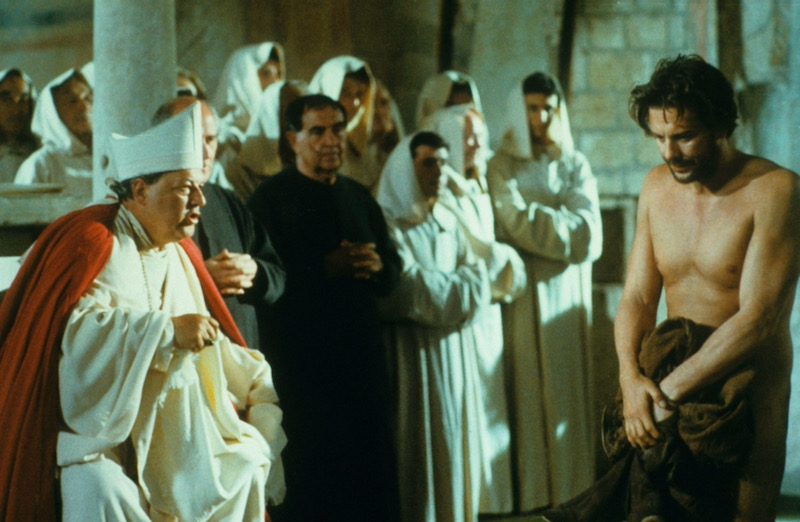 Mickey Rourke as St Francis of Assisi in the film 'Francesco'

This was the gospel passage that persuaded St Francis of Assisi to become an itinerant preacher, rather than a contemplative recluse, a friar, that is, rather than a monk. It also reinforced his decision to live in radical poverty, possessing, quite literally, nothing.

Having nothing was not, of course, the essence of his poverty: on the contrary, the conviction that he already possessed everything – everything, that is, that mattered, was the key to his freely chosen poverty. His poverty, in other words consisted in letting go of everything that blurred or distracted from what mattered most. Like the merchant in the gospel parable who sold everything, so that he might possess the pearl of great price, Francis was outwardly poor because he was inwardly rich.

Radical poverty is problematic. On a personal level, it is, obviously, a tall order; which is why Francis of Assisi is inimitable. But it’s problematic for very pragmatic reasons also. In the early history of the Franciscan Order, the poorer the friars were, the more generous were the townsfolk and, eventually, even royalty, not just with gifts of food and drink, but buildings and land and endowments. Paradoxically, the friars’ poverty was always in danger of being eroded by the people’s generosity. Poverty is also problematic institutionally. Every one of us is both richer and poorer than someone else: poverty is inevitably relative.

But radical poverty, possessing nothing whatever, requires either a system of self-sustenance – at the very least, land and tools and other related possessions, as in monasticism – or a well-run and well-funded benefits system, to save the radically poor from starvation. People like the Poor Man of Assisi must, of necessity, be rare, if only because, were everyone to emulate St Francis by renouncing possessions, the world would come to an economic standstill.

That having been said, there is, of course, a vital sense in which, personally inimitable as St Francis is, we all most definitely must try to emulate him. Like him, we must recognise the danger of possessions; and, like him, we need to see through the illusion of ownership. St Francis saw, with uncomfortable clarity, how possessions – no matter how many or how few – have the power to possess us; and possession rapidly succumbs to possessiveness; and possessiveness so easily clogs our inner selves, destroys relationships, and blinds us to our dependence on God’s all-pervasive providence.

But even more tellingly, Francis saw that possession is an illusion. The truth is that we don’t, in any real sense, as opposed to legally, possess anything at all. How could we possess anything – any “thing”, that is – when we don’t possess even our lives? Our very lives are not our own. They are given to us, and they will be required of us. Day by day, we receive our life from God’s hand each morning, and we hand it back each night: and then we wait, in faith, hope and love. “Into your hands, O Lord, I commend my spirit” we say at Compline, the last prayer of the day.

That insight lay behind St Francis’s typically dramatic gesture, when he stripped naked before the Assisi townsfolk gathered in the Bishop of Assisi’s courtyard, sending his father into an apoplectic fit. When asked to explain himself, he simply uttered the words: “Our Father, who art in Heaven.” He was asserting, in other words, the deepest truth about the whole of creation, a truth all-too-easily concealed by the illusion of ownership and the power of possessions. We have nothing that isn’t given to us, nothing that hasn’t been shared with us. And, ultimately, there is  only one Giver, who is the source not only of all we have, but all we are. In the end, Francis recognised that only by shedding the illusion of ownership and by casting off the possessiveness of possessions do we begin to see ourselves as we are and recognise that we are already rich beyond belief. Which is why, much later, he can say about poverty in his Rule: Let this be your portion, which leads into the land of the living. Dedicate yourselves entirely to this, my beloved brethren, and never wish for anything else under heaven for the sake of our Lord Jesus Christ.