How storytelling can save our churches 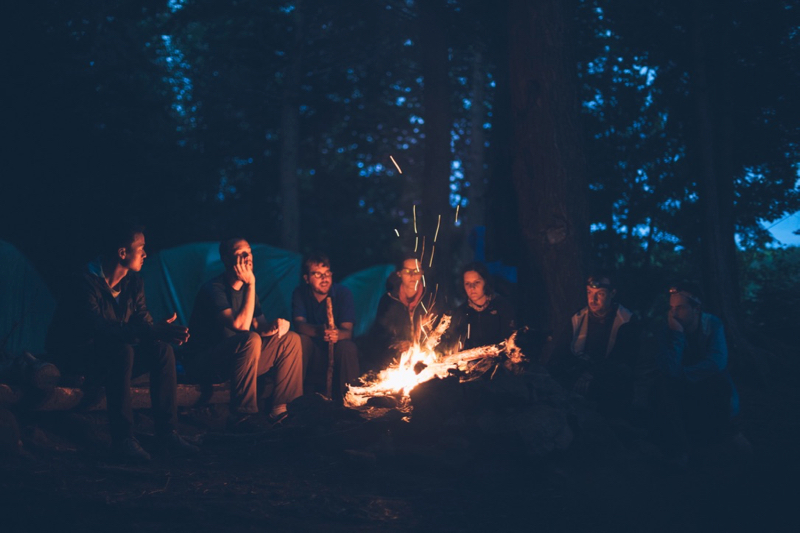 The power of storytelling: sharing with friends around a campfire - Photo: Mike Erskine on Unsplash

It’s odd that evolution hasn’t ironed out our need for stories.

You’d imagine we’d be quite happy to be gene machines and simple rationalists taking life in the raw.

But the power of storytelling refuses to let us go.

That great Literature scholar Frank Kermode pointed out that we need stories. We need a sense of beginning, middle and end to make sense of our lives and the world we live in. It’s telling that the Bible is really a collection of stories about dysfunctional families. It is equally interesting that God among us chose to not launch a manifesto, but to tell odd everyday stories about the life he saw around him.

I have been a writer since my teens. I love fiction. I sometimes say that I have met some of the most real people I know in the pages of books. And as an Anglican priest I have become convinced that we, the Church, need to spend as much time listening to people as we do on doctrine.

We have a big task ahead of us. We need to win back the trust of the people. If we can encourage them to come, and believe that we will listen to them and the stories of their precious lives, then we will both be changed by it. We will see God at work in the everyday heroism of people doing the best they can in difficult circumstances.

As I wrote my book, I spoke to a minister who told me that he had the same epiphany. His church was struggling. Numbers were dropping and he was becoming depressed. He did what most of us might do. He decided to preach harder.

But one day one of the elderly members of his flock took him aside and gave him some advice: "If you spend time listening to the people’s stories, you will become their pastor as well as their minister."

In a moment, the scales fell from his eyes. He made it known that he wanted to visit and just to listen and offer up a prayer. There was a trickle of people at first. But as word got around that the priest was a good listener that became a flood. He spent hours listening to the stories of ordinary lives – the ups and downs, the miseries and joys.

And as he heard the stories, he had a new sense of the incarnation. That the God among us suffered just the same slings and arrows. That ordinary life is made holy by God living it alongside us.

Gradually the ministry and church were transformed and the priest became a priest of the people and with the people. Perhaps he was bold enough to share something of his own story and struggles with them.

I like this story because it influenced my ministry as a priest and the life of my church here. We decided to be a place where we listened to the lives of others, and were given space to tell our own stories. We set up a memory café for folk who were lonely, or  suffering with dementia, or both.

If you come along any Thursday to us you will hear the sound of conversations. People tell me that without being able to talk that they would lose all hope.

I take it as a privilege to hear someone’s life story even if they have told it to me many times before. So, I have the sense that storytelling might have some kind of ultimate importance. Theologian and novelist Frederick Buechner says that fiction has a kind of "witchy power". I like to think that it does. In a post-truth age, we are likely to trust stories more than fact or assertion. The church is well placed to be the place where this "truth" flourishes.

Steve Morris is parish priest at St Cuthbert’s North Wembley. Before becoming a priest he ran a brand agency and worked as a writer. In the 80s he had a stab at becoming a pop star. Steve runs a very successful memory café and has helped many other churches set up a café themselves using the website www.memcafe.org. He is very passionate about helping to end loneliness and feels that churches can be at the forefront of this new movement. He loves cats.

Our Precious Lives: why telling and hearing stories can save the church by Steve Morris is published by Authentic Media in February. It costs £7.99 and is available through Amazon and other retailers.