Is the Church inside or outside the establishment? 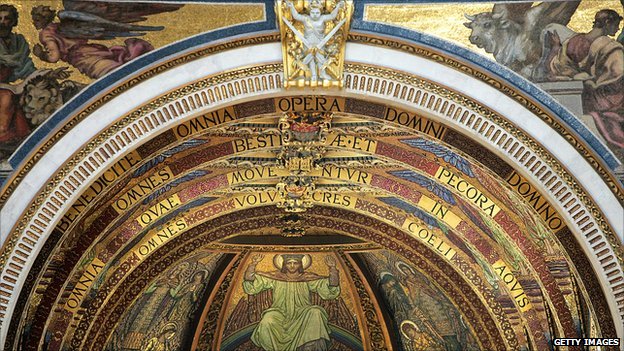 This weekend, in light of the continuing protests at St Paul's, many in the Church will be asking themselves whether they side with the protesters or the authorities. But as author and Church historian Stephen Tomkins writes, the debate goes back at least 2,000 years.

Major national Churches are often the focus of protest. A homeless man, known to the authorities for his radical activism, once slipped into one with his supporters and wrecked it, overturning tables and lashing out with a homemade whip.

His point was that what should have been a place of prayer for all people had become an institution fleecing the poor. Those were tougher times than now, and he was executed a week later.

There are a lot of pictures of him in St Paul's Cathedral, where on Thursday the Reverend Giles Fraser, canon chancellor of St Paul's, resigned at the prospect of the Cathedral using force to clear protesters from its grounds. 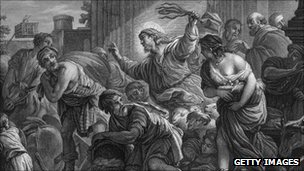 Those pictures tend not to focus on Christ driving the money changers out of the Jerusalem temple, but outside the protesters made up for that. One of them dressed as Jesus carried the sign, "I threw out the money lenders for a reason."

The Christian Church seems to have come a long way from its radical origins. The magnificent St Paul's, reverberating with power and wealth, rehouses the homeless Messiah in a palace. It is in complete harmony with the financial centre that surrounds it and helps to finance it.

Then again, in many ways, it is as firmly outside the establishment as it ever was. The Church was among the protesters as well as towering over them, with various worship services being held in the camp, sermons on the steps and some Christian organisations having signed a statement of solidarity with them.

So is St Paul's betraying the true spirit of Christian radicalism, or is it an example of the establishment religion that Christianity genuinely is?

There is no doubt that when Christianity first appeared in the Roman Empire, it came as a radical challenge to it”

There is no doubt that when Christianity first appeared in the Roman Empire, it came as a radical challenge to it. Believing that all people are created in the image of God, the Church welcomed slaves and women as members in their own right, even as leaders and teachers, and it was such an affront to Roman family values that Christians were killed in vast numbers.

Yet right from the start, the most radical Christian leader - St Paul, of cathedral fame - told his followers, "Let every person be subject to the governing authorities… who are God's servants for your good."

The great political change came when Emperor Constantine converted to Christianity in the Fourth Century, and suddenly bishops who had been ruling their Church hiding in barns, found themselves in robes reading from ornate Bibles in glorious basilicas. Church and state merged.

There was a huge reaction to this, though. Many Christians decided that truly following Jesus meant having no possessions or home and they went out to live in the desert, at first in isolation, later in communes. They were the first nuns and monks, and the heroes of normal Christians. If the Church was hardly on the fringe of society now, its saints were miles outside it. 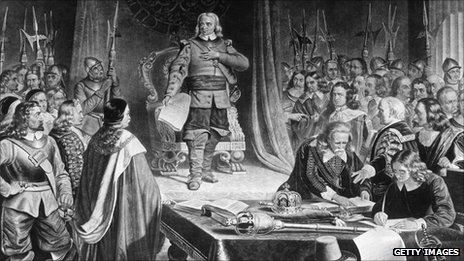 Puritan Cromwell abolished the monarchy - along with the entire Church state

The same ambiguity has continued ever since. In England, the king or queen has always been crowned by the Archbishop of Canterbury, while Bishops make laws in the House of Lords.

And yet the one time the British monarchy was abolished - along with the lords, bishops and the entire Church state, in the 17th Century - it was by Christians, Cromwell's Puritans, eager to bring in true Christian government, as they understood it.

In South Africa, the Dutch Reformed Church shored up the racist state, while other Christians led by Archbishop Desmond Tutu campaigned against it.

The first great advocate for human rights was the Dominican priest Bartholomew de las Casas, protesting against Spanish treatment of Native Americans, but it was the Christian establishment he was taking on in doing so.

The Protestant reformer Martin Luther taught that "nothing is more poisonous, hurtful or devilish than a rebel", and that tyranny "is not to be resisted but endured." But at the same time more radical reformers raised peasant armies against the ruling classes, or formed pacifist socialist communes.

Clearly the Church is too diverse a phenomenon to be on one side or the other. There seem to be two reasons for this. One is the idea that unifies all varieties of Christians - that they owe ultimate obedience to God alone. This allows more conservative believers to obey God by obeying the authorities, while the more radical obey God instead of the authorities.

The other reason is that the Bible is a combination of so many voices and perspectives. Its heroes are kings and the prophets who violently condemned Kings, guerrilla rebels and civil servants, lawgivers and lawbreakers.

Even Christ is a penniless troublemaker in one book and judges the world from a throne in another. St Paul's, as Giles Fraser has said, gives you a better sense of the latter than the former. But in the camp outside it's different story.

Stephen Tomkins is the author of The Clapham Sect:
How Wilberforce's circle changed Britain