Jerusalem: The vocation of a city

The vocation of a city

Jerusalem will only be faithful to itself if it remains a beacon for the women and men of the entire world, “a city where all together become one” as it says in Psalm 121. 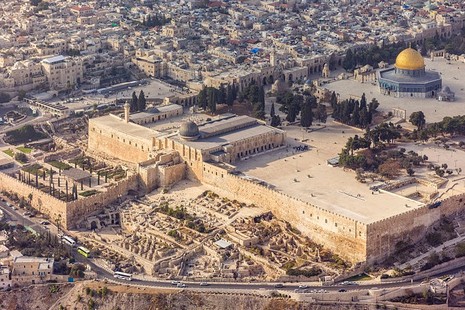 Jerusalem is a unique city in the world as anyone who has had the fortune to pass through its gates will attest.

Nowhere else on earth is there such an overlapping of peoples and spiritualities. The whole city is full of symbols.

The holy places of the three great monotheistic religions – the Western Wall of the Temple, the Basilica of the Holy Sepulcher and the Esplanade of the Mosques – are located only meters apart.

This is why the city has “a special vocation for peace,” as Pope Francis stated on Wednesday morning, just a few hours before Donald Trump announced his decision to recognize Jerusalem as the capital of Israel.

If peace can become possible in a place that is so humanly and spiritually intense, then where would it not be possible? Above all, we must not give up on such a hope.

Nevertheless, the task is extremely arduous, which is why no lasting solution has been found and implemented for seventy years, despite so many efforts.

Only one certainty has emerged from these various negotiations and attempts, namely that no solution will be possible if the city is subject to monopolization.

Jerusalem’s glory is to be a beacon for the women and men of the entire world. It will only be faithful to itself if it remains “a city where all together become one", to borrow the words of Psalm 121.