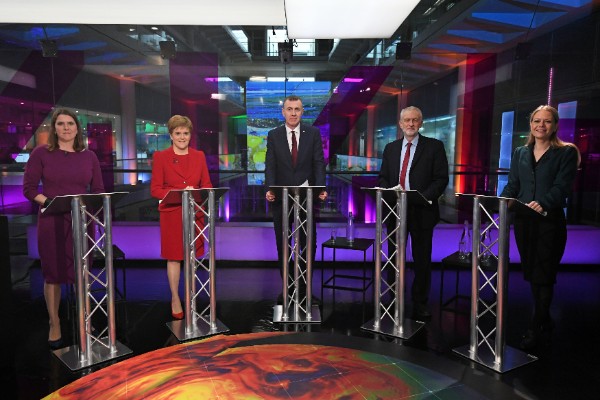 The Bishops of England and Wales have urged Catholics to engage in the General Election, not to “watch from the balcony”, and in particular to ask candidates where they stand on issues such as abortion and euthanasia, climate change and care for migrants.

Speaking at a press conference to launch the Bishops’ Conference’s election guidance in London on Friday Archbishop John Wilson, the Archbishop of Southwark, said: “The challenge of a General Election at any time is serious. At this particular time there are all kinds of questions that are a source of concern for us as Catholics. We bishops said that if we were to look at this [election] message as if it were a stick of rock, you would see the dignity of the person and the good of our society running throughout the middle of everything. I think that’s really important. This is about us wanting to pledge our commitment to the good of each human being and each human life, and the good of our society as a whole, and seeking to do all that we can to speak for unity, for dignity, for peace and respect.”

Legislation around life issues - abortion and euthanasia - led the bishops’ written guidance, which was drawn up during their plenary meeting in Leeds this week. Catholics are urged to ask candidates how they would “defend both the child in the womb, the good of the mother and an understanding of the immeasurable good of a child not yet born”, and how they would provide for the terminally ill and dying “while resisting the false compassion of assisted suicide or euthanasia”.

On Friday Archbishop Wilson said: “One of the key questions for us is how policies affect the weakest, the poorest and the most disadvantaged. We’ve put together a few examples but none of this is exhaustive. There are all kinds of people in our society today who are struggling, and we want to know that our elected representatives have a heart for the weakest, the poorest and the disadvantaged.”

In their statement the bishops said: “Conscious of the common good of every person and our society as a whole, we ask everyone to engage with the election and vote. Honest political activity depends upon integrity.” On Friday Archbishop Wilson told journalists: “We believe that public life is a noble vocation and we want our politicians and elected representatives to be able to exercise that in a way that is harmonious, that speaks to the truth, that isn’t vindictive in any way, but promotes the wellbeing and the common good of everyone.”

Asked whether he thought Catholics could support the Liberal Democrats after Rob Flello, a Catholic, was deselected because his views on abortion and gay marriage diverged from those of the party, Archbishop Wilson said that the Church did not engage in party politics.

“However we do believe that freedom of conscience and the freedom to express that conscience is a key value for everyone in society and that should be a value for politicians too,” he told The Tablet. “We will promote the importance of everyone having a right to express their conscience in the way that they see best in terms of their political outlook, their religious outlook in terms of their outlook on society as a whole.”

Elsewhere the bishops noted that Brexit continues to dominate political discourse. However Brexit resolves, the bishops said, “Britain must be committed to a positive engagement as a key international partner in promoting peace, security and responsible stewardship of the planet.”

Catholics are also encouraged to ask their candidates how they will support people with disabilities, Travellers, older people, homeless people, prisoners and victims of modern slavery, and are urged to consider people in poverty, the climate emergency, freedom of religion and belief, marriage and family life, and faith education when they vote. The test of any political policy should be its impact upon human dignity, the bishops said, particularly for the most disadvantaged in our society.

Catholics are also urged to ask candidates how they will challenge “the global rise of xenophobia and racism that is so radically incompatible with our faith”. During the press conference Archbishop Wilson commented on the issue of antisemitism, noting that the bishops’ guidance committed the Catholic community to reject xenophobia and racism. Asked whether he agreed with the Chief Rabbi, Ephraim Mirvis’, comments this week about antisemitism in the Labour Party, Archbishop Wilson said: “We are concerned that the Chief Rabbi expressed his concerns that members of his community are frightened and scared. That for us is a real concern. As Catholics we are a minority community, so we speak out so that everyone should feel safe in our society.”