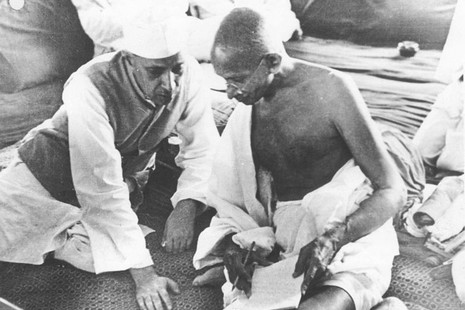 India is celebrating the 75th anniversary of the Quit India movement, when on Aug. 8, 1942, freedom fighters demanded an end to colonial British rule in India.

Speaking to the nation on his bi-monthly radio program, Modi said Indians should this year observe Independence as “Sankalp Parva” or the Day of Resolve, and the one five years later, in 2022, as the day of “Siddhi” or attainment.

“I can see that 2017 to 2022 presents itself as a new time segment of five years for attainment through resolve... We should celebrate Aug. 15, as the Day of Resolve, and in 2022 marking 75 years of freedom, we will certainly transform that resolve into attainment,” as reported by The Asia Age.
“Mahatma Gandhi gave the slogan of ‘do or die’ when he saw the intensity of freedom movement had reached the extreme in 1942,” Modi said.

“The need for today is not ‘do or die', instead it is to resolve, to come together, persevere, and work relentlessly with our utmost strength towards the making of a new India.”

“I feel very happy and satisfied when a poor person writes to say how because of GST prices of various items essential for him have come down, and commodities have become cheaper."

Modi’s monthly radio address Mann Ki Baat (a talk from the heart) on state-run All India Radio, is highly popular and has generated a revenue of about 100 million rupees (US$ 1.5 million) for the radio station in the last two from higher advertising rates.

He observed that over the past three years since his taking office as India’s 14th prime minister, people had complained that his Aug. 15 Independence Day speeches were too long.

“I have planned to keep my speech short this time – not more than 40-45-50 minutes. I have tried to draw these rules for myself, but I don’t know whether I’ll be able to stick to them. But I do intend to try this time to shorten my speech. Let’s see whether I succeed or not.”