Polarization in the Church and the crisis of the Catholic mind

Polarization in the Church and the crisis of the Catholic mind

"The death of Catholic intellectual life in the Western world may come even sooner than we think." 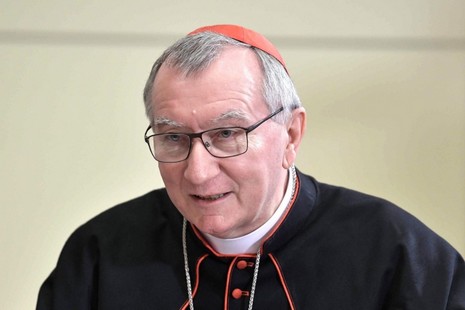 It was not too many years ago the dominant narrative of the Catholic Church was its fight against atheism, Communism, and secularization. The sub-narrative was the institutional Church’s battle against liberal theologians.
But now the overriding narrative seems to concern the Catholic Church’s war with itself. In an increasingly divided world, the Church appears to represent something very different from a community of unity and reconciled diversities.
Over the last couple of weeks, Catholics – in the United States, but not only – have watched their institutional leaders deal publicly with this particular picture of the Church. For instance, Cardinal Daniel DiNardo, president of the US bishops’ conference, spoke of the need to rediscover unity in the Church in a November 13th speech to open the bishops’ annual fall assembly.
His address came just days after the former head of the US bishops’ committee on doctrine had openly attacked the theology and leadership of Pope Francis.
The Vatican Secretary of State, Cardinal Pietro Parolin, also weighed in. During a visit to the United States, which also had a diplomatic purpose, the Italian cardinal gave the homily at the opening Mass of the bishops’ meeting.  Marking the 100th anniversary of their episcopal conference, Parolin urged the US bishops to promote profound consensus in the Church.
Catholics have gotten used to this picture of a polarized Church, but we should not forget that it is a surprising image from a historical point of view.
It has been amplified by the virtualization of Catholicism – that is, the creation of religious identities in cyberspace. But there is no question that there is truth to this newly fractured Catholicism, at least in the Euro-Western hemisphere. If there is one thing on which Catholics of different sensibilities easily agree, is the polarization within the Catholic Church.
In the Western world, and especially in the English-speaking world, this phenomenon takes different shapes and has different histories. The intra-Catholic polarization in the United States, Australia, and the United Kingdom, as well as in continental Europe, is not exactly the same in every place. But there is a consensus that it started as political polarization among Catholics, especially around the hot-button “life issues” such as contraception and, most of all, abortion.
It gradually spread to other levels and dimensions of Catholic life and is progressively deepening the rift. There is theological polarization over different interpretations of Vatican II. We also have liturgical polarization over different tastes for liturgy, spanning from support for an inculturated liturgy to the pre-Vatican II Mass.
And, finally, there is ecclesial polarization, seen by the practice of shopping for a parish or a community on the basis of one’s customized view of Catholicism, or even the phenomenon of splitting an existing community into two or more different Catholic communities.

Polarization in the Church has caused a crisis of membership, in the sense that some faithful are so disgusted by this verbally violent atmosphere that they leave. And it is also a crisis of ecclesial citizenship, whereby many Catholics have forgotten how to live their lives of faith in a Church that is not polarized.

In addition to this, it is also a crisis of scholarship, in the sense that it has become difficult to think about religion, theology and the Church in non-polarized terms. This polarization has, in fact, become the default disposition towards all sensitive issues.

But from a historical point of view, this is a new phenomenon. The public acknowledgment of it precedes the study of what happened and why it happened. There are a few interesting beginnings, such as a book published last year called, Polarization in the US Catholic Church.

The sensus Ecclesiae, or “sense of the Church”, that many Catholics have today is largely determined by a journalistic-theological complex, an “access journalism” where a writer’s personal and ideological connections have become more important than research and analysis of the facts. A recent example is an interview with Cardinal Müller, the Vatican’s former doctrinal chief, that appeared in the Italy’s most respected daily, Il Corriere della Sera.

One is reminded of this when reading some Catholic news report, especially about Pope Francis. But it is even worse to try to cure the ills of a polarized Catholic information system by printing articles whose only virtue is balance, often with nothing more important or intelligent to say other than “I am for balance”.

Balance alone is no virtue; the truth does not always lie in the middle. It is the Catholic, pious version of what American screenwriter, producer, and playwright Aaron Sorkin (“The West Wing” and “The Newsroom” among others) called “bias toward fairness”.

The ideological partisanship of Catholic media is only one side of the polarization within the Church. Its focus on short-term analysis is producing long-term effects on the thinking of the Church. This is an intellectual disaster in the making and should cause serious concern, especially for those who value the Catholic tradition.

It’s a problem when today’s students of theology grew up watching and listening to very powerful Catholic media organizations that are the equivalent of Fox News or Breitbart. Needless to say, conservative Catholics have been much more active and successful than their liberal co-religionists in organizing these Catholic media conglomerates.

But there is also a problem on the other side of the classroom. In Catholic academia, the polarization has created ideologically different kinds of Catholic colleges and universities and to some grotesque extremes.

The latest trend is to create, within the same university, different departments, centers, and institutes that are in competition with one another. Judging by the way they do (or, rather, do not) cooperate on the same campus, it is clear that these various entities offer not only different but obviously incompatible understandings of Catholicism.

Once again, it goes without saying that conservative-leaning Catholic theological initiatives are usually much better funded than the liberal-leaning ones.

This formation of parallel and separated Catholic theological cultures is one of the reasons for the crisis of Catholic public intellectuals and of the marginalization of theology and religious studies in Catholic colleges and universities. It is an internal division that university administrators have learned to exploit and committed Catholic students have learned to navigate astutely.

It is certainly too early to issue this kind of judgment on Catholicism, given the differences between Catholicism and Evangelicalism. But there are some clear symptoms that point to a looming, epochal crisis for Catholic intellectual life. It is a crisis caused by many factors.

Catholic intellectual life is being killed by the corporatization and “commodification” of Catholic colleges and universities, located within a more general crisis of higher education.

But it is also a self-inflicted wound. The death of Catholic intellectual life in the Western world may come even sooner than we think. It can only be so when Catholic minds have spent at least an entire generation, the last quarter of a century, feeding the polarized narratives of a polarized Church.