Pope: Choose God's voice over the 'uproar of consumerism' at Christmas

Pope: Choose God's voice over the 'uproar of consumerism' at Christmas
'Christmas 'turns the tables' because the victors are humility over arrogance, simplicity over abundance, silence over noise, prayer over 'me time'' 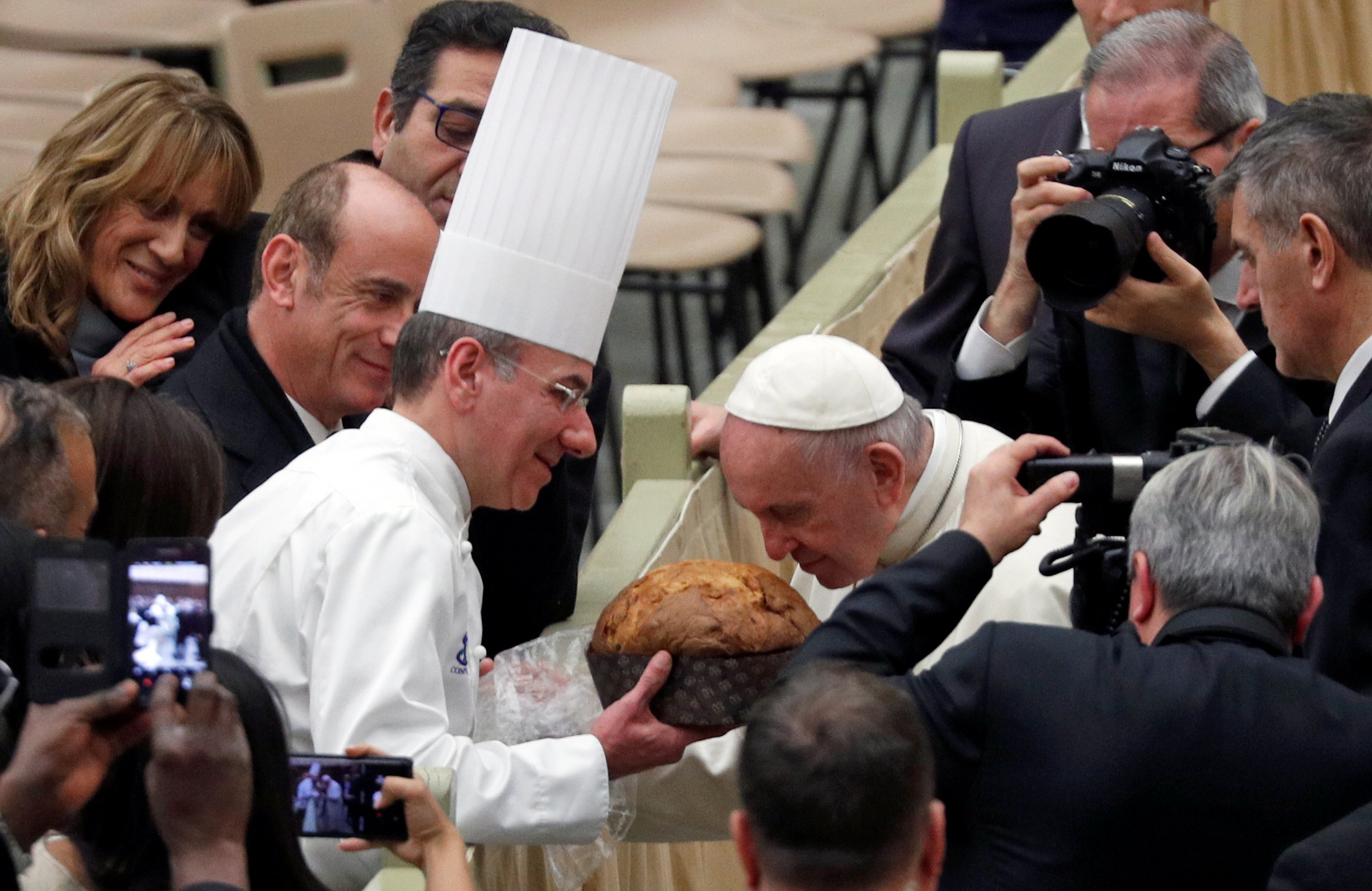 Christmas will not be authentic if people get caught up in a frenzy of shopping, presents and meals, while ignoring the poor and forgetting who the celebration is really all about, Pope Francis said.

"If Christmas ends up as just a beautiful traditional holiday," where everything revolves around "us and not him, it will be a lost opportunity," the pope said on 19 December during his weekly general audience in the Paul VI audience hall.

"Please, let us not make Christmas worldly! Let us not put aside the one being celebrated" -- which is what happened at Jesus' birth when so many of "his own people did not accept him," he said.

With less than a week to go before Christmas, Pope Francis dedicated his audience talk to the true meaning of Christmas and the kind of "gifts" and surprises that are pleasing to God on that day.

"Trees, ornaments and lights are everywhere" to remind people of the coming holidays, the pope said, and the advertising and promotional "machine invites people to exchange more new gifts to surprise" others.

"But is this the holiday that God likes? What kind of Christmas would he want, what gifts and surprises?" the pope asked.

The answer to figuring out what God wants, he said, is to look at the first Christmas.

The day of Jesus' birth was a day "full of surprises" in which everybody's life took totally unexpected turns, and customs and plans were turned upside down, he said: Mary, a virgin, was going to have a child; Joseph, her groom, faced scandal with her pregnancy, but listened to God and took her as his wife; and the divine Word came as an infant incapable of speech.

Those who welcomed the savior of the world were not the local authorities, leaders or ambassadors, the pope said. Instead they were "simple shepherds, who, surprised by an angel while they were working at night, rushed there without delay. Who would have expected that?"

God does the unexpected, the pope said, since he "overturns our logic and our expectations."

Christmas, therefore, "is welcoming on earth surprises from heaven," the pope said.

Christmas ushers in a new era, in which "life is not planned, but is given, where one does not live anymore for oneself, according to one's own preferences, but for God and with God because from Christmas onward, God is the God-with-us, who lives with us and walks with us."

It is a time to let oneself be "shaken by his surprising novelty" because Jesus offers not the "reassuring coziness from a fireplace, but the divine shiver which shakes history."

Christmas "turns the tables" because the victors are humility over arrogance, simplicity over abundance, silence over noise, prayer over "me time" and God over one's ego, he said.

People should likewise choose God's silent voice over the "uproar of consumerism," he said, inviting people to take time out to sit in silence before a Nativity scene and let themselves feel awe and be surprised by God.

God asks people to be on guard against spreading themselves too thin, being overburdened with busyness and blaming it all on the world when he warns people to not let themselves be dragged asunder by the world.

"It will be Christmas if, like Joseph, we make room for silence; if, like Mary, we tell God, 'Here I am'; if, like Jesus, we are close to those who are alone; if, like the shepherds, we leave our sheepfolds in order to be with Jesus," Pope Francis said.

"It will not be Christmas if we seek the blinding lights of the world, if we fill ourselves with presents, lunches and dinners, but we do not help at least one poor person, who resembles God because God arrived poor on Christmas."