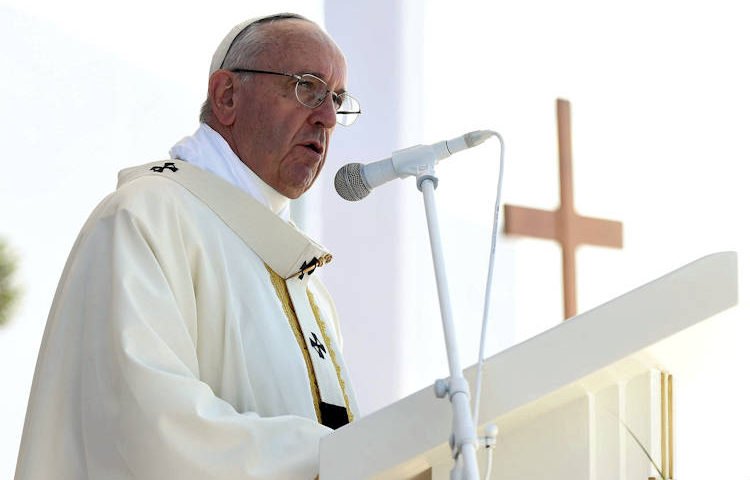 As lockdown prevents many Catholics from accessing the Sacrament of Reconciliation, Pope Francis has encouraged them to ask forgiveness from God directly.

“This is the right time, the opportune moment. An act of contrition done well, and our souls will become white like the snow,” the Pope said March 20 during his livestreamed morning Mass.

“Return to your father who is waiting for you. The God of tenderness will heal us; he will heal us of the many, many wounds of life and the many ugly things we have done. Each of us has our own!”

Fr Simon Davies from St John’s Cathedral in Norwich explained how people could approach the Sacrament of Reconciliation during the Coronavirus crisis.

“It is up to the prudence of the penitent to decide whether he goes to confession,” said Fr Simon. “If a penitent comes to a priest, no priest in his right mind would refuse it.”

Fr Simon spoke about how he himself would adapt to the current situation. “If someone did come here,” he said, “I would suggest that we take a little walk at a social distance in the garden.”

He said that if people were self-isolating, they could make a ‘perfect act of contrition’, that is, an expression of real sorrow, and that prayer would be received by God just as much as a prayer which they might say during confession.

“If that person sadly died before they could see a priest in confession, that offering is as graciously received as if the person had actually gone to confession,” he said. He added that if the person remained well or recovered from a bout of illness, they would still need to go to confession once the crisis is over.

“We are a community religion,” said Fr Simon. “It’s important that we confess our sins to one another.”

Pope Francis, in his homily, pointed people to the teaching of the Catechism of the Catholic Church.

“It is very clear,” said the Pope. “If you cannot find a priest to confess to, speak directly with God, your father, and tell him the truth. Say, ‘Lord, I did this, this, this. Forgive me,’ and ask for pardon with all your heart.”

Make an act of contrition, the Pope said, and promise God, “‘I will go to confession afterwards, but forgive me now.’ And immediately you will return to a state of grace with God.”

The Catechism of the Catholic Church, N. 1452, says: “When it arises from a love by which God is loved above all else, contrition is called ‘perfect’ — contrition of charity. Such contrition remits venial sins; it also obtains forgiveness of mortal sins if it includes the firm resolution to have recourse to sacramental confession as soon as possible.”

“As the catechism teaches,” Pope Francis said, “you can draw near to God’s forgiveness without having a priest at hand. Think about it. This is the moment.”