Pope Francis' visit to Ireland offers a chance to start over 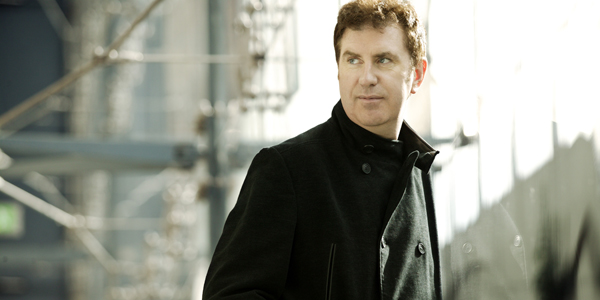 "The eyes of the world will be upon us.” Renowned composer of sacred music Fr Liam Lawton is preparing to premiere his setting of Psalm 34, “The Lord Hears the Cry of the Poor”, at the papal Mass in Dublin’s Phoenix Park on the afternoon of Sunday 26 August. All 500,000 tickets for the event that is the culmination of the six-day World Meeting of Families (WMOF) have been snapped up for weeks.

Ensuring the visit of Pope Francis to Ireland over the weekend of 25-26 August runs smoothly has been a massive undertaking, the scale of which has not been seen in the country since the last papal visit in 1979, when an estimated 2.7 million (almost half the island’s population) turned out to see Pope John Paul II. It is also going to be costly, with the final tab expected to be €20 million (£18m), €5m of which will be needed to cover the policing operation by 1,500 Gardaí.

As many as 2,000 people, perhaps more, are expected to attend the “Stand for Truth” rally at Dublin’s Garden of Remembrance as the papal Mass gets underway. It has been organised by Colm O’Gorman, who was abused by the paedophile priest, Sean Fortune, and is a chance to express solidarity with all those abused or hurt by the Catholic Church.

The National Transport Authority has announced that public transport for pilgrims on all services in the city will be free, in an effort to keep cars out of the capital, while half a million people are marshalled into the right corrals in the Phoenix Park, which lies to the west of the city centre. The operation in Knock, County Mayo, where the Pope will spend 45 minutes on Sunday morning, will also be tightly policed and choreographed.

Organisers have stressed that they are not trying to re-enact that papal visit of almost 40 years ago. “This is a very different Ireland with very different needs and a very different culture,” Fr Lawton points out. A priest of the diocese of Kildare and Leighlin, he is involved in the liturgy for the papal Mass. He highlights the greater role the local community will play in this papal Mass than in 1979, with an emphasis on congregational singing.

About 3,500 people from choirs all over the country will be singing at the Mass. They will be joined by a special choral group and an orchestra under the direction of Dr John O’Keeffe, professor of sacred music at St Patrick’s College, Maynooth. Compositions by well-known Irish composers of religious music have been chosen to ensure that the greatest possible number of people will know the repertoire on the day.

“The fact that the choir is drawn from all over the island of Ireland and everyone has been invited to sing enables people in ordinary parish choirs, who offer their service week after week, to participate in this great event and for it to become a beautiful memory for them,” explains Fr Lawton.

One of those who will be raising his voice in harmony with Fr Lawton is Jim Clancy, a member of the parish choir in Kentstown, County Meath. A great-grandfather, he was living in the UK when Pope John Paul II visited Ireland. Jim and the parish choir practise once a week for about three hours. Since the announcement of the Pope’s visit, he tells me: “We have been rehearsing the hymns suggested by the WMOF office in Clonliffe and practising with other choirs from the diocese of Meath. We had a big gathering of choirs from around the country in the RDS [arena in south Dublin] a few weeks ago to run through the music and it went very well.”

For Jim, the positive response to the visit of Pope Francis challenges those “expert” voices who suggest that the faith in Ireland is finished. “The number of people who applied for tickets for the papal Mass belies that,” he explains, “and renews my belief that our faith is alive and well and thriving throughout the island.”

In Fr Lawton’s opinion, the papal visit is an opportunity for the Church in Ireland to take brave and difficult steps. “The painful history of our Church has been well documented; this must be the starting point from where we begin,” he says, adding that he believes Pope Francis’ task is “to listen again and again and to come among us as a bearer of hope and healing”.

One thing Fr Lawton hopes the Pope will address is the greater role that women must play in the Church, most importantly in decision-making roles. He also hopes he will “address the unnecessary pain and hurt caused by insensitive language and actions towards the gay community, which has made so many walk away.”

Yet almost 10,000 signatures have been gathered in a petition by the Irish branch of the conservative “Tradition, Family, Property” group. It demands that the invitation to the American Jesuit priest, Fr James Martin, to speak at WMOF be withdrawn. Fr Martin, the bestselling author of The Jesuit Guide to (Almost) Everything: A Spirituality for Real Life, is also the author of Building a Bridge: How the Catholic Church and the LGBT Community Can Enter into a Relationship of Respect, Compassion, and Sensitivity.

In a country with a gay Prime Minister, and which legalised same-sex marriage by an overwhelming popular vote in 2015, there are still conservative Catholics unhappy with any attempt by the Church to be pastorally more sensitive towards gay people. They scored a victory with the deletion of an image of a gay couple from WMOF’s official preparatory booklet and the editing of Bishop David O’Connell’s words of welcome to gay families in an accompanying video.

More than any other issue, Pope Francis will be scrutinised for how he addresses the sexual abuse of children by Catholic priests in Ireland and the abuse of children in residential homes run by religious orders as well as the Magdalene laundries and the mother and baby homes. The abuse has wreaked havoc in many Irish lives. And, as Fr Lawton acknowledges: “We cannot underestimate the damage that the scandals have done to our Church. Sadly, many people have already decided this visit is of no relevance to them, but I believe that it can offer us opportunities to focus on some serious soul searching.”

Noel McCann is a member of Howth parish in County Dublin. He sees the numbers who signed up to attend WMOF, which begins on Tuesday 21 August with events across Ireland, the papal Mass in the Phoenix Park and the visit to Knock, as encouraging. But he admits sadly that the numbers reflect the “diminished status of the Church in Ireland today”. Noel was part of a “genuine effort” by his parish in Howth and adjacent parishes to promote WMOF events. But, he tells me that these efforts “have had a limited impact”. The response has been “poor … with support confined to the ‘usual suspects’”. No young people attended any of the talks.

Noel has decided not to attend WMOF or the papal Mass. Instead he will watch it on television, explaining: “My reason for not attending has nothing to do with Pope Francis but the lack of evidence that this WMOF is going to be inclusive of all varieties and forms of family. I also feel this is not the time or the place for a triumphal display of church grandeur in light of the many revelations of the pain inflicted by the institutional Church and associated organisations on individuals and families.”

This Catholic husband and grandfather believes the “cover-ups” by the bishops and the mismanagement of the clerical sexual abuse scandals by the Church’s leaders lie at the heart of the collapse of the Church in Ireland. Noel believes that Pope Francis must meet with survivors of clerical abuse; his first gesture should be a public apology to all those who have suffered because of the Church’s failures.

As to whether the papal visit will make any difference to the Irish Church, he expects the visit will “give rise to a temporary euphoria among many committed Catholics”; but for the young, it is too late, Noel says, adding: “They are not impressed with the way the Church handled the abuse scandals, nor do they like its treatment of the LGBT community or those in second marriages.”

Is there is anything that might turn the situation round? Noel pauses, before he says: “If the Irish bishops would get off the fence and come out unequivocally in support of Francis – and provide some real leadership – we might be able to salvage something from the wreckage.”

Patricia Fitzsimons, a doctor and member of the Association of Catholics in Ireland, a reform group within the Irish Church, has seen “a lot of excitement” at parish level and is “not surprised” by how quickly WMOF events and the papal Mass were booked up. She believes the media and the Archbishop of Dublin, Diarmuid Martin, propagate the narrative that the Church is on its last legs. Those intending to come to the papal Mass, she suggests, “are attending despite misgivings about the church scandals and other issues. They see that the Church has a valuable contribution to make and that most of the priests on the ground are hard-working, kind, compassionate and generous.”

Patricia is disappointed by the maladroit way the LGBT issue has been handled, saying: “I’m upset at my powerlessness to change attitudes and that there is no forum for the views of the laity to be heard.”

Among the 4,000 well-drilled Eucharistic ministers at the papal Mass will be four Adoration Sisters, an order of nuns based on the Falls Road, Belfast. Former BBC political correspondent, Sr Martina Purdy, along with Sr Máire McAteer, will give testimonies about their faith to up to 3,000 young people at the Teen Global Village, part of the WMOF programme, before being joined by former barrister, Sr Elaine Kelly, and novice Sr Ann from Roscrea, to help distribute Communion in the Phoenix Park.

Will next weekend see Ireland’s Catholics find a foothold from which to begin a new journey? It will take many years, and perhaps another papal visit, before we will be able to answer that question.

Sarah Mac Donald will be reporting for The Tablet from WMOF and the visit of Pope Francis to Ireland.