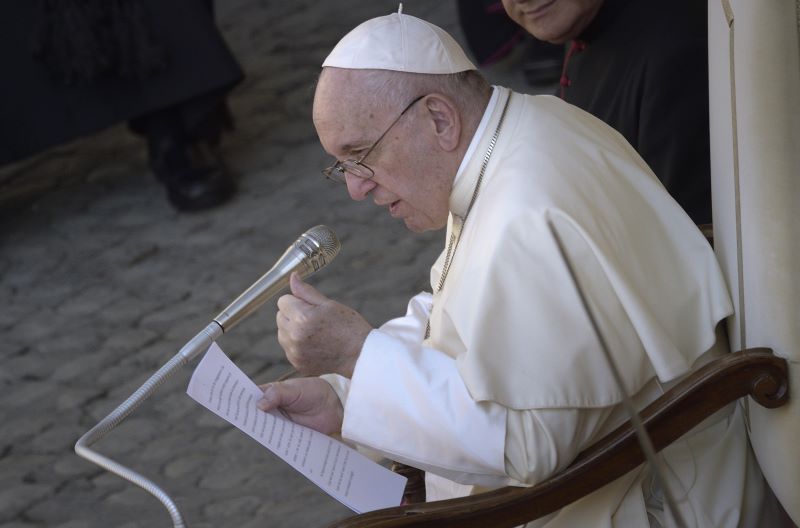 Fr Malgesini had served in the diocese of Como since 2008, and had a longstanding ministry with the homeless there.

At his general audience this Wednesday, 16 September, Pope Francis paid tribute to a murdered Italian priest, who he termed a martyr and a “witness of charity”.

The priest, Fr Roberto Malgesini, a priest of the diocese of Como, was murdered on 15 September, whilst on his usual morning routine, distributing food to the homeless of his parish. His body was discovered later that day near the rectory where he lived, with multiple stab wounds visible. It is believed that Malgesini, aged 51, was attacked and killed by a homeless man suffering from mental health issues, who he knew from his work in the community. Fr Malgesini was born in 1969, ordained a priest in 1998, and had served in the diocese of Como since 2008.

Making reference to Malgesini’s death towards the end of his general audience, the Pope said that he gives “praise to God for the witness, that is, for the martyrdom of this witness of charity toward the poorest”. Stating that he unites himself “to the sorrow and the prayers of his relatives and to the community”, the Holy Father asked his audience to pray for Malgesini and “all the priests, sisters, lay faithful who work with the needy and those society casts away”.

Malgesini’s ministry, and his particular focus on the welfare of the poor and marginalised in his community, has been the subject of tributes from across his Diocese and local community. The Bishop of Como, Oscar Cantoni, said that Fr Malgesini’s work with the homeless was a “vocation within a vocation”.

Earlier in his general audience, the Pope had spoken at length on the importance of supporting the needy and the marginalised in society – a duty which extends to our “common home”, the earth. “All forms of life are interconnected”, the Pope added, “and our health depends on that of the ecosystems that God created and entrusted to us to care for.”

Francis went on to emphasise that his duty of care and recognition of interdependence must be founded on “contemplation” or risk falling into an “unbalanced anthropocentrism”, which “positions us as absolute rulers of all other creatures”. Drawing in part ondistorted” interpretations of scripture, this attitude leads to the exploitation of the natural world. “We believe that we are at the centre, claiming to occupy God's place; and so we ruin the harmony of His design. We become predators, forgetting our vocation as custodians of life.”

In place of this perspective, the Pope said, we must instead become “guardians of our common home”. Such an attitude is already present in “those movements, associations, popular groups, which are committed to protecting their territory with its natural and cultural values,” which, Francis concluded, “contribute to a peaceful revolution, the ‘revolution of care’”.