Pope speaks out against populist politics 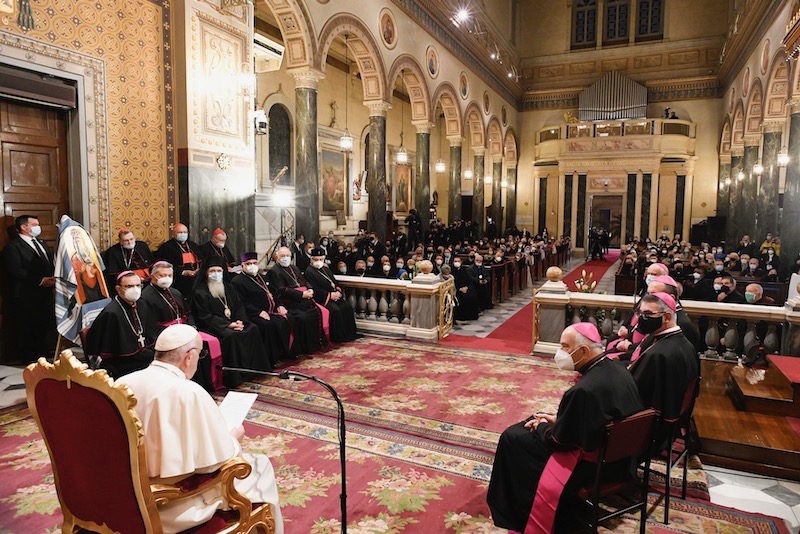 Pope Francis has warned that democracy is on the decline as people become tempted by the “siren songs” of authoritarianism and the easy but unrealistic solutions offered by populist politicians.

The 84-year-old Argentine Pope was speaking in Athens, the birthplace of democracy, during a two day trip to Greece where he made an appeal for a “good politics” that serves the common good.

“We cannot avoid noting with concern how today, and not only in Europe, we are witnessing a retreat from democracy,” Francis said during a speech in Greece’s presidential palace.

“Democracy requires participation and involvement on the part of all; consequently, it demands hard work and patience. It is complex, whereas authoritarianism is peremptory and populism’s easy answers appear attractive. In some societies, concerned for security and dulled by consumerism, weariness and malcontent can lead to a sort of scepticism about democracy.”

The Pope explained this was fuelled by excessive bureaucracy, the fear of a loss of identity and the “distance” people felt between themselves and the government.

But the answer to these problems, Francis said, must not be an “obsessive quest for popularity or a “flurry of unrealistic promises”, but ensuring greater participation of the weakest in society and a focus on the “art of the common good.”

Throughout his pontificate, the Pope has become a counter-weight to the rise of populist nationalism in Europe and the United States, and has clashed with Italy’s far-right leader, Matteo Salvini, and the President of the United States’ Donald Trump. Francis, who lived under the military dictatorship in Argentine in the 1970s and 80s, has said that Europe’s populist leaders remind him of the 1930s and that today’s nationalism could create the same conditions that led to Nazism and World War II.

Warning about the increasing polarisation of politics fuelled by social media, the Pope appealed for a change of direction in a political culture which moves “from partisanship to participation.” He quoted the Italian statesman Alcide de Gasperi, one of the founding fathers of the European Union: “there is much talk of who is moving left or right, but the decisive thing is to move forward, and to move forward means to move towards social justice.”

The Pope’s time in Greece comes after a two-day visit to Cyprus, with Francis using his latest trip abroad to highlight the plight of migrants and build relations with Orthodox churches.

In his speech at the presidential palace, Francis warned that the European Union, “prey to forms of nationalistic self-interest, rather than being an engine of solidarity, appears at times blocked and uncoordinated.”

He added: “In the past, ideological conflicts prevented the building of bridges between Eastern and Western Europe; today the issue of migration has led to breaches between South and North as well. I would like to encourage once again a global, communitarian vision with regard to the issue of migration, and to urge that attention be paid to those in greatest need, so that, in proportion to each country’s means, they will be welcomed, protected, promoted and integrated, in full respect for their human rights and dignity.”

The Pope likened the plight of migrants to “a horrendous modern Odyssey” and, citing Homer’s epic, pointed out that when Odysseus returned to Ithaca disguised as a beggar he is not recognised by the local lords, but by his old nurse, Eurycleia, who notices an old scar on his leg.

“She recognised him by seeing his wounds,” Francis said. “Sufferings bring us together; realising that we are all part of the same frail humanity will help us to build a more integrated and peaceful future. Let us turn what seems only a tragic calamity into a bold opportunity!”