Substantial change regards use of the Missal, known as Divine Worship, in liturgical celebrations. 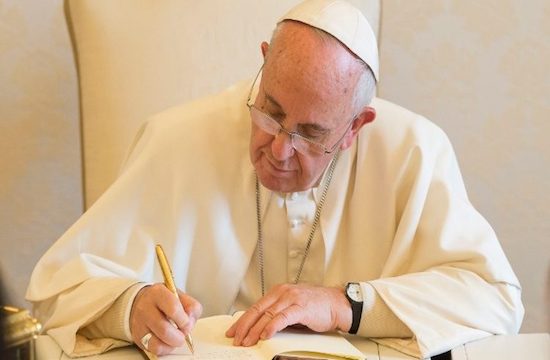 Pope Francis has approved an updated set of norms governing "personal ordinariates" for Catholics coming from the Anglican tradition.

The updated "complementary norms" include a provision Pope Francis approved in 2013 explicitly stating that the personal ordinariates are not only for former Anglicans and their families, but may include persons evangelized and brought into the Catholic Church through the ordinariate's ministry.

The Congregation for the Doctrine of the Faith on April 9 published the updated Complementary Norms for the Apostolic Constitution Anglicanorum coetibus that were approved by Pope Francis, Vatican News reported.

The constitution governs the institutions and "personal ordinariates" that minister to the lay faithful originally of the Anglican tradition.

The updated Complementary Norms integrate the experience of the past 10 years and seek to make their application more in tune with the spirit of the Apostolic Constitution.

Whether or not the ordinary is a bishop, he is a member of the bishops' conference in the country of the ordinariate.

The new norms introduce several modifications to those promulgated in November 2009.

The most substantial change regards the use of the Missal, known as Divine Worship, in liturgical celebrations.

An entire article, number 15, was added to regulate the liturgical form approved by the Holy See for use in the ordinariates.

Divine Worship "gives expression to and preserves for Catholic worship the worthy Anglican liturgical patrimony, understood as that which has nourished the Catholic faith throughout the history of the Anglican tradition and prompted aspirations towards ecclesial unity."

First, use of the liturgical form is restricted to the personal ordinariates.

Second, the norms allow any priest incardinated in an ordinariate to celebrate Mass according to Divine Worship when not in a parish belonging to the ordinariate, if done privately.

The celebration of Mass with a congregation is possible, if the pastor of the church gives his permission.