Ramadan 2019: Fasting, prayer and how Muslims celebrate the revelation of the Koran 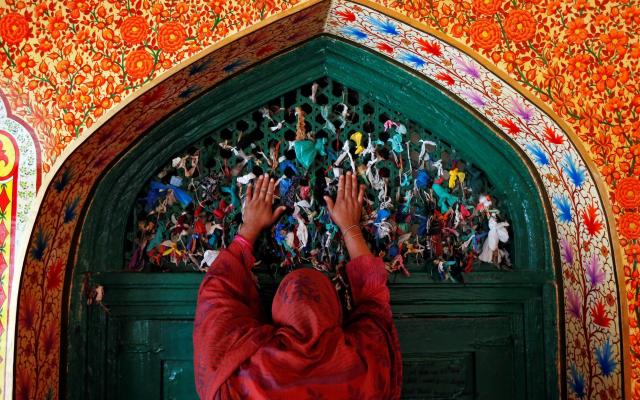 During the holy month of Ramadan, Muslims across the globe and throughout the UK endure a period of daily fasting – the largest act of religious observance of its kind.

For the world's 1.8 billion Muslims, including Britain's 3.1 million-strong Muslim community, the annual event represents a time to fast and devote a particular focus to prayer, purification and charitable acts.

From why the month of Ramadan moves to how it is celebrated, here is everything you need to know about the holy month.

When does Ramadan 2019 start and end?

This year Ramadan, which is the ninth month in the Islamic calendar, begins on Sunday May 5 and will end on Tuesday June 4.

As the calendar is lunar, the dates for when each month begins move every year; in 2018 Ramadan began on Wednesday May 16 and ended in the evening of Thursday June 14.

In the Islamic calendar, each new month begins when the first crescent of a new moon is seen. It is 10 to 11 days shorter than the solar year and has no leap days, weeks or months, which is why it is a movable feast.

The current year in the Islamic calendar – also known as the Muslim, or Hijri calendar – is 1440 AH. In the Gregorian calendar, it runs from approximately September 11 2018 to August 30 2019.

What is the meaning of Ramadan?

During the holy month, Muslims do not let food or drink pass their lips from dawn to dusk. Muslims believe Prophet Mohammed received a series of revelations from God which combined to form the Koran – and that the Koran was revealed during the ninth month of the Islamic calendar, Ramadan.

After learning the Koran was to be revealed to him by Jibreel during the month, the Islamic prophet Muhammad told his followers that the gates to heaven would stay open for the month, while the gates of hell would be closed.  Many Muslims will try and recite as much of the Koran as they can during the month.

As the holiest month of the year, it is a crucial period for practising Muslims and underpins some of the religion's core values, such as prayer and giving to charity.

Why do Muslims fast during Ramadan?

Fasting (sawm in Arabic), is one of the five key pillars underpinning the Islamic faith. The others are prayer (salat), giving a percentage of your salary to charity (zakat), making the Hajj pilgrimage to Mecca and, of course, a belief in the Muslim faith (shahadah).

Fasting is seen as a way to purify spiritually as well as physically – a time to detach from material pleasures and be closer to God. The act of fasting is also believed to increase Muslims' piety, reminding them that others are less fortunate than themselves.

Fasting involves abstaining from all food, drink, smoking and having sex from sunrise to sunset. Muslims will wake up before sunrise for morning prayer and to eat before the day's fast begins. Most will break their fast alongside their families in the evening with a communal 'Iftar' meal, typically often started with dates.

Fit and able adults are expected to fast, but children and elderly people are exempt. Pregnant or breastfeeding women, anyone who is sick and anyone travelling on a journey are also exempt. Women who are on their periods are not expected to fast but make up the missed days at a later date.

There is an active debate among British Muslims about whether to apply a literal understanding of instructions about fasting during daytime and a practical interpretation, taking account of the longer daylight hours.

Many Muslims in Scandanavian countries, where there is only a short period of darkness in summer, use Turkey as a model.

Overall Ramadan is a time for Muslims to exercise self-discipline and restraint both spiritually and physically, as well as empathising with the plight of the poor.

To celebrate the end of the fasting month, the first day of the next month, Shawwal, is marked with a big feast, the exchanging of gifts and celebrations, known as the 'Festival of Breaking Fast' or Eid al-Fitr. This year it takes place from Tuesday June 4 to the evening of Friday June 5.

The Eid prayer is also performed, in congregation in open areas like mosques, fields and community centres.

This is celebrated by Muslims to mark the occasion when Allah appeared to Ibrahim in a dream and asked him to sacrifice his son, Ishmael, to demonstrate his devotion to the Almighty.

Ignoring the advice of the Devil, who tried to tempt Ibrahim into disobeying God by saying he should spare Ishmael, Ibrahim was about to press ahead with the sacrifice when Allah stopped him and gave him a lamb to kill instead.

The story is designed to demonstrate how Ibrahim’s devotion passed even the sternest test, and is told in similar fashion in the Jewish Torah and Christian Old Testament, where God asks Abraham to sacrifice his son Isaac.

Today the story is commemorated on Eid by the sacrifice of a sheep or, sometimes, a goat, although in Britain the animal must be killed at a slaughterhouse. The day is a public holiday in Muslim countries, and the festival’s Arabic title has connotations of a period of rejoicing that comes back time and again.