The Gregorian Reform is key to understanding the relationship between clergy and lay people in the Church today. 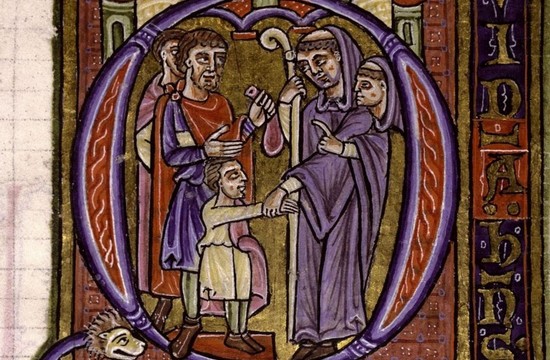 Similarity does not make two things the same. But having said that, the Gregorian Reform offers several keys for understanding and dealing with the current crisis the Church is experiencing.

This key period in the Church’s 2000-year history is in fact encompassed much more than the pontificate of Pope Gregory VII (1073-1085).

In an interview with the German monthly, Vatican Magazin, Cardinal Walter Brandmüller, one of the four cardinals who signed the dubia challenging Pope Francis’ conclusions on the family, has recently written that the present situation in the Church is “comparable to that of the 11th and 12th centuries.”

He explains that ecclesiastical power was then held by a small group of rich and powerful lay people, who allowed dissolute morals to spread among the clergy, making it difficult for the Church to genuinely preach the Gospel.

In effect, there were two practices that greatly impacted on the Church’s power, namely simony and nicolaism, which were both prohibited during the reign of Pope Leo IX (1049-1054).

Simony refers to being able to purchase ecclesiastical offices or sacraments while nicolaism refers to the marriage or concubinage of priests, which was authorized outside of major orders for the whole first part of the Middle Ages.

These two practices ultimately led to the concentration of great power in the hands of lay people. On one side, priests marrying led to the birth of heirs, who later claimed their inheritance from the property of their father.

On the other, simony enabled wealthy families to purchase a certain number of high ecclesiastical offices and thus exert a form of influence over the Church.

“The issue of the role of lay people in the Church is in fact the common denominator of the 11th and 21st centuries,” said medieval history professor, Valérie Theis.

This is because, although the Church banned clerical marriage, it was done primarily to eliminate lay people from positions of power in the Church rather than over moral concerns.

The suppression of nicolaism and Pope Gregory’s decision to apply this decision strictly also took time to be implemented and led to strong resistance.

“In Paris, the clergy declared that the pope’s orders were absurd and that people could not comply,” said Theis, confirming that the Gregorian Reform was a genuine and painful revolution.

A Church that appreciated how to change

Are we now experiencing a Gregorian Counter-Reform in the pontificate of Pope Francis?

“It is true that, in speaking of clericalism as an evil in the Church, the pope is challenging a form of rule that has been imposed in the Church for a thousand years, in other words, as an institution directed by clergy,” Theis argues.

But going beyond this comparison Theis also highlights a common characteristic of the medieval Church that could positively inspire the pope, namely adaptability.

In effect, said Theis, the Gregorian Reform illustrates the Church’s great suppleness in understanding how to maintain its influence.

“During the Middle Ages, the Church never stopped reinventing itself and changing the rules to adapt to social reality,” she said.

“That is the thing that has always given it strength, but what seems to be somewhat lacking today,” Theis concluded.