'For many Christians in India, daily life is now full of fear – totally different from just four or five years ago' 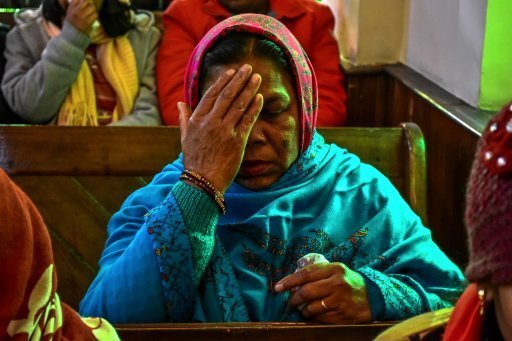 The number of Christians persecuted for their faith globally has risen by more than 13 per cent, an anti-persecution charity has found.

“In China, our figures indicate persecution is the worst it’s been in more than a decade – alarmingly, some church leaders are saying it’s the worst since the Cultural Revolution ended in 1976,” Blythe said.

The report found that one in three Christians face high levels of persecution in Asia, while India entered the World Watch List top 10 for the first time.

Blyth said: “It’s shocking that India – the country which taught the world the way of ‘non-violence’ – now sits alongside the likes of Iran on our World Watch List. For many Christians in India, daily life is now full of fear – totally different from just four or five years ago.”

Persecution in North Korea is worse than any other country in the world and has been for the last 18 years, the report found.

Five years ago only North Korea was in the extreme category for the level of persecution suffered by Christians there. This year Christians in the top 11 countries on the World Watch List suffer extreme persecution. These are:  North Korea, Afghanistan, Somalia, Libya, Pakistan, Sudan, Eritrea, Yemen, Iran, India and Syria.

The publication of the annual league table comes just weeks after Jeremy Hunt, the UK foreign secretary, said the UK “must do more” to help persecuted Christians and ordered an independent review to assess if the British Government is doing enough.

Speaking ahead of the list’s launch, Foreign Secretary Jeremy Hunt said: “People of all faiths and none should have the freedom to believe what they choose, but that is clearly not the case across too much of the world. Today’s figures published by Open Doors show that persecution of Christians has risen across the world in the last year, and more than 245 million Christians are experiencing persecution. I look forward to receiving the results of the review being carried out by the Bishop of Truro, to see how the UK can better support persecuted Christians wherever they are. Faith isn’t a crime, believers shouldn’t be treated as criminals, and the UK must fight for that to be the case across the world.”