Spanish Jesuit to replace Pell at Secretariat for Economy 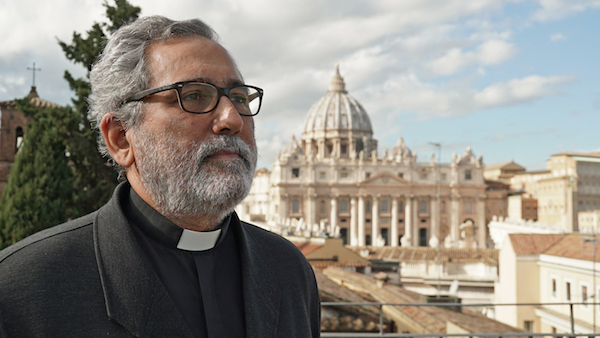 Pope Francis has named a Spanish Jesuit to succeed Cardinal George Pell as leader of the Vatican’s economy department.

Fr Juan Antonio Guerrero will become the new Prefect of the Secretariat for the Economy, a role which charges him with pushing forward with reforms of the Vatican finances.

The Jesuit priest, who has studied economics and held leadership positions within the Society of Jesus, succeeds the Australian cardinal who has been convicted of child sex abuse offences.

Pell, 78, took a leave of absence from the post of prefect in 2017 so he could return to Australia to defend himself against the abuse charges. Australia’s High Court has agreed to hear a final appeal by Pell against his conviction.

Fr Guerrero, 60, is an outsider to the Roman Curia who speaks five languages and will take up his new post in 2020.

“I hope to contribute to the economic transparency of the Holy See, and to help to use efficiently the goods and resources that are at the service of the important evangelising mission of the Church,” he told Vatican News.

“Initially,” he explained, the appointment “filled me with anxiety, and I felt quite numb. But I welcome it with humility, with confidence in the Lord and in the team that is already working in the Secretariat for the Economy”.

He went on: “obviously, I come to this task from outside the Vatican Curia, and I will be entering a new world. I will need some time to adapt and to learn, to get to know and familiarise myself with the people, with the procedures, with the relationships between the various departments, etc”.

The Secretariat for the Economy was set up in 2014 designed to bring order and stability to the Holy See’s often chaotic finances.

In recent weeks the Vatican has been beset by financial leaks about a property purchase in London and claims of mismanagement of Church funds.

Fr Guerrero is currently the Father General’s Delegate for Interprovincial Roman Houses and Works, giving him oversight of several hundred Jesuits. He studied Economics in Madrid, has worked in Mozambique and was provincial of the Jesuit province of Castile, Spain. He served as a Professor of Social and Political Philosophy at Pontifical University Comillas, in Spain and has studied in Brazil, France and the United States.