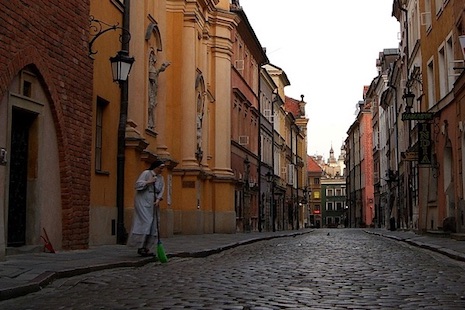 A Vatican magazine has highlighted how nuns cook and clean for senior Catholic clergy and work as indentured servants and said that the male hierarchy should stop such widespread exploitation.

The article appeared in the March edition of "Women Church World," the monthly women's magazine of the Vatican newspaper L'Osservatore Romano.

The edition, dedicated to the theme of women and work, hit the newsstands March 1.

“Some of them serve in the homes of bishops or cardinals, others work in the kitchens of church institutions or teach. Some of them, serving the men of the church, get up in the morning to make breakfast, and go to sleep after dinner is served, the house cleaned and the laundry washed and ironed,” the article reported.

It quoted a nun identified only as Sister Marie as saying that while nuns serve clergy, they "are rarely invited to sit at the tables they serve."

One nun even said she knew of fellow sisters who had PhDs in theology but were ordered to do domestic work that had “no relationship to their intellectual formation.”

"Women Church World" was launched six years ago as a monthly insert in L'Osservatore Romano. It is now a stand-alone magazine distributed for free online and alongside the printed newspaper in Italian, Spanish, French and English. It is written by women journalists and academics.

“Until now, no-one has had the courage to denounce these things. We try to give a voice to those who don’t have the courage to say these words,” the magazine’s editor, Lucetta Scaraffia, told the Associated Press.

There are only a few women in senior positions in the Vatican — mostly those in departments that look after religious issues. Last year Barbara Jatta became the first woman to head the Vatican Museums.

The popes are usually cared for by nuns. Pope John Paul I whose pontificate lasted only 33 days was discovered dead in his bedroom on the morning of Sept. 29, 1978 by a nun who worked in the papal household.

Pope John Paul II had a team of five Polish nuns who ran his household at the Vatican’s Apostolic Palace while Pope Benedict, who resigned in 2013, was looked after by about eight nuns.

However, Pope Francis does not reside at the papal palace but at the Vatican guest house which is run like a hotel with paid staff.