The British Monarchy – What will King Charles III stand for? 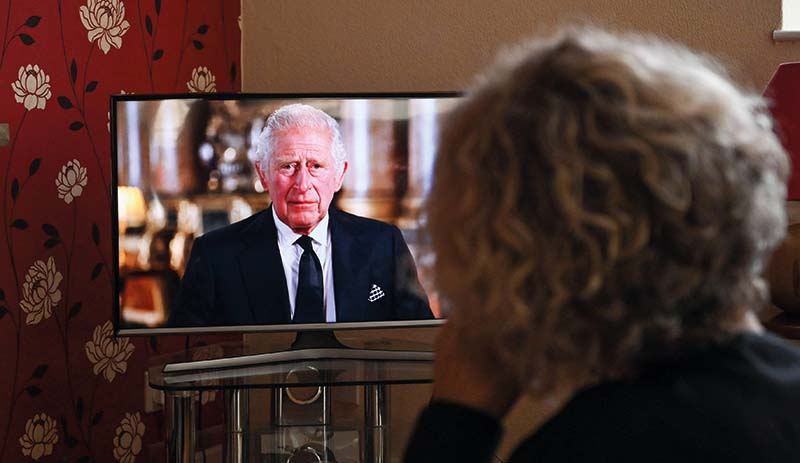 On what terms is the throne, recently so illustriously occupied, now being given to the next in line?-Simon Dack/Alamy

How fortunate were the British people to have as their figurehead a person of such dignity and grace, humility and faith, as Her late Majesty Queen Elizabeth II. Indeed, she redefined the concept of majesty to emphasise its essentially effortless nature.

Part of the mystique of royalty, majesty has nothing to boast of nor need it do so; but worn lightly, as she wore it, it elevated her without diminishing the dignity of others. It is a spiritual charism, a reminder that in the theology of kingship the person so anointed, however unworthily, stands in the place of Christ himself.

Those with the eyes to see it can detect more than a trace of holiness, even saintliness, in the person of the late Queen. In her latter days she seemed to have achieved the simplicity of the Beatitudes, shown forth with a brilliant shining joyfulness.

With the coronation of King Charles III and his consort Camilla still months away, there is time for the British to ask themselves what a monarch is or should be, and what the nature of the deal is between them and the population at large. On what terms is the throne, recently so illustriously occupied, now being given to the next in line?

The idea of the United Kingdom becoming a republic is implausible in the near future. The
succession is automatic and requires no public consent. Yet the performance of King Charles in his remaining years could make or break the institution. And even if the UK is safely monarchical for one more generation, that does not apply to many of the other territories of which he now becomes head of state.

Many Australians would prefer their country to join the series of nations that have declared themselves republics; and New Zealand and Canada are among those which cannot guarantee never to follow. With a crown on his head, a lot rests on his shoulders.

Public reaction to the death of Diana, Princess of Wales, taught the British royal family the valuable lesson that much of the public’s relationship to royalty happens below the political and media radar, out of sight. It has a strong emotional content – it is profound emotion, not mere sentimentality. It touches our identity and sense of belonging; it connects with mental health and the hidden drivers of the personality.

Religion is part of it; and in the case of the Queen, that religion is the Christian one. Among the many things that the nation has to be thankful for is the way Queen Elizabeth protected its sanity and kept it anchored to its core Christian values.

This is where King Charles may struggle. The Crown is bound by a form of unwritten contract with the British people, under which its obligation is to foster the civic and military virtues, and in return the Crown is allowed to enjoy its privileges. King Charles surely understands this, and has already spent a long career carrying it out. But the Crown is also bound in a sacred covenant with the Almighty to preserve and advance the Christian religion in all its aspects, moral and doctrinal.

While Queen Elizabeth understood that, and within her limitations did her best to honour it, it is by no means clear that King Charles accepts what this covenantal relationship requires of him, or even that it exists. His is therefore a more secular or humanistic concept of kingship, not rooted in the quasi-sacramental covenant sealed in the coronation service which so shaped the monarchy of Queen Elizabeth. And it opens the possibility that the nation may reconsider his contract if it is not satisfied with how he performs it.

It revoked the contract with Edward VIII, manipulating his abdication in 1936 because he had chosen an unsuitable wife, but deep down because he was not thought to be up to the job – nor sufficiently committed to it. Queen Elizabeth lived through that royal trauma, which brought her into the immediate line of succession.

It convinced her mother, and maybe George VI himself, that Edward had betrayed his sacred duty to God and to the nation. He put self before duty. Indeed, the Queen Mother always blamed Edward for her husband’s premature death. That experience, and a firm determination not to succumb to the same temptations, seems to have shaped Queen Elizabeth’s enormous sense of duty, responsibility and unbreakable commitment.

It ran both ways. If her duty was upwards to God and downwards to the nation, it was also reciprocal. In response to her duty to the nation, the nation had a duty to her. And therefore to each other. She was a powerful generator of what sociologists call social capital. But if she had not performed that duty to a spectacularly high degree, the nation could easily have grown cold.

With social cement crumbling, a war of all against all is never far away. It was bewildering to the country when she failed to read the public mood after the death of Diana, but her intuition as Queen quickly asserted itself and she regained the lost ground.

This was a reminder of just how fragile are the threads that bind the public to the monarchy. Charles himself harmed the institution by his public adultery, and any attempt to sustain his marriage to Diana with a mistress on the side would have been very damaging to him, and her.

Worse, the monarchy has been hurt by the sexual scandal surrounding Prince Andrew. It has not been helped by the public rift – which may now be coming to an end – between the royal family and the Sussexes.

But with Queen Elizabeth still in place, all this had seemed manageable. Her prudent and thoughtful manner could steer the institution away from these rocks and shoals into safer waters. The challenge for Charles will be to show that he has similar navigational skills.

The point about a figurehead is that it can stand for something, or it can stand for nothing. Has the secularisation of British society hollowed out the spiritual dimension without which kingship shrinks to mere show, a tourist attraction and nothing else? Was Elizabeth II the last of her kind