The Church after secularism 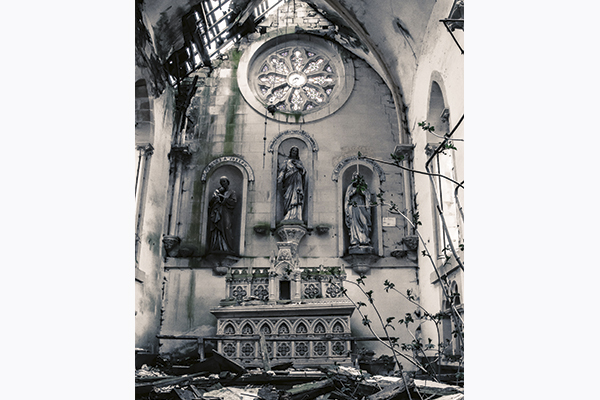 The Church should dig deep into its traditions to forge a new relevance - Photo: Pexels, @SEB

Might the current crisis in the Church be a moment of renewal? A sociologist of religion argues that the best hope for a revitalised Church might lie in dialogue with a ‘post-secular’ world

As the Catholic Church in Europe and the United States continues to be buffeted by crises of its own making and by the intensifying winds of secular change, it is not surprising that a defeatist narrative dominates Catholic commentary. Yet, perhaps this moment of contrition might – just might – be an opportunity for the Church – laity and leaders – to dig deep into the Catholic tradition and to search there for resources that could help it to forge new relevance.

The German philosopher and champion of the radical liberal state Jürgen Habermas – who turned 90 this month – characterises our society as “post-secular”. Increasingly concerned by the social ills that came to prominence at the turn of this century – financial crises, deepening economic inequality, global warming, the cultural marginalisation of migrants and refugees – he now argues that reason and rationality must be augmented by the moral and cultural resources provided by public religion. He recognises that the resources of Catholicism can help reorient contemporary society; its long-preserved values and ethics can help to remedy the modern malaise, while its communal base can stoke the political solidarity required to create a more equal and inclusive society. Religious communities, Habermas recognises, have “preserved intact something which has elsewhere been lost”.

Given that secularisation is the settled reality of Western society, despite and notwithstanding the continuing persistence of religion, any turn to public religion requires a delicate dance. Hence the term “post-secular”: it names the current moment as one requiring acceptance of the mutual coexistence of the religious and the secular, and an appreciation that while secularisation will not be reversed, neither is religion disappearing. This brings with it an expectation of proactive engagement and dialogue between religious and secular actors; each is required to speak with the other and not merely about the other.

This ethos was refreshingly represented by Pope Benedict XVI, who in 2004, when still Cardinal Joseph Ratzinger and prefect of the Sacred Congregation for the Doctrine of the Faith, came to the Catholic Academy of Bavaria to debate the subject of the “Pre-political moral foundations of the liberal state” with none other than Habermas himself. And the engagement has been taken up enthusiastically by Pope Francis, who early in his tenure affirmed the age-old, but at times forgotten, Catholic assumption that “God is in the secular”. His frequent assertion that ideas and realities should be in constant dialogue conveys, it seems to me, the distinctively post-secular consciousness that religious ideas and secular realities are not mutually anathema; on the contrary, it is in the tension between them that a richer, more inclusive and participatory society can be created. Francis has revitalised the tradition of public engagement by the Church with the problems of the contemporary world, which dates back to late-nineteenth century industrialisation and Pope Leo XIII’s 1891 encyclical Rerum Novarum and was continued by Pope John Paul II’s great social encyclicals, such as Laborem Exercens in 1981.

Francis has expended considerable energy on the most pressing issues facing the world today, including mass migration, increasing economic inequality and climate change, articulating their empirical contours and the challenges they pose to democratic solidarity. His arguments are not always heeded by either religious or secular audiences. Nevertheless, his insistence on dialogue between Christian ideas and secular realities not only reclaims the public status of the Church but also nudges forward, however haltingly, the realisation of a more compassionate society. There is no doubt, for example, that the environmental activism of Catholic-based groups in the US, Europe and Latin America has been bolstered by Francis frequently drawing attention to the link between ecological degradation and poverty. He has helped to make climate change a moral issue.

This push and pull of religious and secular forces is particularly resonant for Catholics. If at times ironically, the mingling of religious and secular impulses is deeply embodied in how contemporary Catholics understand themselves and make sense of everywith the ‘day reality. Many Catholics, particularly in Europe and the United States, maintain their Catholic identity and avail themselves of the freedoms and choices conferred by secular society.

Maintaining a meaningful religious identity in a secular age can be challenging; it goes deeper than reconciling work and/or school and sports calendars with liturgical obligations on holy days that do not coincide with public holidays. Negotiating the blurry border between Catholic and secular identities is poignantly encountered by the many Catholics who today are in what the Church describes as an “irregular” situation. This includes cohabiting unmarried couples, divorced and remarried Catholics and same-sex couples. Their chosen lifestyles are at odds with the Church’s teaching that sexual behaviour should only occur in marriage, that marriage is between a man and a woman, and that if a marriage breaks down, the only recourse to the possibility of contracting a sacramental second marriage is if the first is nullified.

Despite the many inclusive gestures by the Vatican in recent years towards Catholics in irregular relationships, they are not admitted to the sacramental life of the Church. But increasing numbers of Catholics are deftly negotiating an identity that is divorced/remarried and Catholic, rather than Catholic but divorced/remarried, or gay and Catholic rather than Catholic but gay. There may be some tension between these identities, but it is a tension that more and more Catholics live with comfortably, and which is increasingly accepted by the parish communities in which they belong and in which they worship. Nonetheless, despite the openness of Francis and some bishops to the conversation between ideas and realities, and notwithstanding the pastoral sensitivity and doctrinal openness of Francis’ much-contested exhortation on the family, Amoris Laetitia, he reaffirms the Church’s stance that “one can’t flaunt objective [sexual] sin”.

It may be that the longstanding ability of Catholics through the ages to use their own conscientious judgement in discerning what is morally appropriate in the sexual domain will help Church leaders to toggle more elegantly between pastoral acceptance of the particular complexities of individual situations and simultaneous reminders that such complexities cannot be accepted as the norm – even as so-called “irregular situations” increasingly are the norm. In this current moment, however, as the Church hierarchy seeks to regain some moral credibility, the possibility opens up for a different approach. A restored credibility might lie in an acknowledgement that a Church grounded in the ethos of faith and reason moves with modernity – while recognising that modernity has its own failures. This would require the Church to enter into more serious dialogue with modern developments in human understanding of sexuality, gender, identity and equality.

It is easy to frame Catholics’ dissent from – or, more accurately, their non-assent to – Church teachings as evidence of a lackadaisical or a shallow, cafeteria-style, Catholicism. Much more interesting is that amid and despite the pull of secular forces (and despite the very public failures by Church leaders unveiled by the sex abuse crisis) so many continue to want to stay Catholic. They continue to desire the sacramental, liturgical and communal resources that so enrich their lives. And this is true even, or perhaps especially, as secular freedoms empower diverse personal and family circumstances, and create a space for the personal interpretation of Church teachings and indeed the freedom to walk away from the Church. Some, of course, do walk away. But many comfortably hold together their Catholic and their secular identity, in church and outside of church. For example, rather than abandon a Church that formally denies them the public legitimacy of being divorced/remarried and a Catholic in good standing or in a gay relationship and Catholic, they stay; and while they might hope to one day receive the imprimatur of the Church for the very behaviour it currently considers irregular, their sense of themselves as Catholic does not depend on it.

There is irony here. But the hope for a revitalised Church, at least in the West, might lie in its ability to affirm – pastorally and, increasingly, in its teaching – the rich diversity of relationships and forms of family life that characterise the post-secular world. Participation and inclusiveness, reaching every corner of the globe with the mercy of God, excluding no one, is the essence of the Catholic idea. The paradox of a Church with “catholicity” at its heart but which keeps a tight grip on strictures that bar a growing number – perhaps a majority – of Catholics from full participation in the life of the Church, is becoming stretched to breaking point. And if this were to occur, the Church’s prophetic positions on an array of contemporary issues – from personal relationships to economic justice to climate change – might provoke more responsive and productive conversations with, and among, Catholics and non-Catholics alike.