Last year, my mother lost a three-year battle with cancer. For her last few months, when she knew that time was running out, she became terrified of spending time alone. We bought her a calendar with a big, square box for each day, and we divided the days in three so that she could see that there was barely a morning, afternoon or evening when one of her five children or 14 grandchildren would not be with her. It didn’t really help. She was enfolded in love, but she was anguished. What she suffered, facing death, was perhaps the ultimate loneliness. 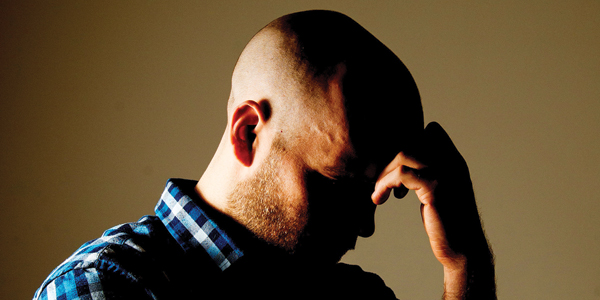 Recently, my sister sent me a passage that Pope Benedict had written about Christ’s descent into the underworld, and I immediately thought of Mum’s final stretch. “If there were such a thing as a loneliness that could no longer be penetrated and transformed by the word of another,” he wrote, “if a state of abandonment were to arise that was so deep that no ‘You’ could reach it any more, then we should have real total loneliness and dreadfulness, what theology calls hell.”

Today, increasing numbers of lonely people are experiencing something close to this hell. The United Kingdom’s statistics are overwhelming. In the past two years, Childline counsellors have noticed a rise in the number of children – some as young as six – contacting them to complain of loneliness, with triggers including feeling “invisible”, feeling “ugly and unpopular” as a result of comparing themselves with others on social media, and having an illness or disability.

In the UK 7.7 million people live alone. The numbers of baby boomers – roughly people born between the mid-1940s and mid-1960s – living alone is growing  year on year, and a recent survey by the Office for National Statistics shows loneliness increasing rapidly in this age group. Seventeen million people in the UK are unattached. Fifty-eight per cent of migrants and refugees in London describe loneliness and isolation as their biggest challenge.

Three out of four GPs say that they see between one and five lonely people a day; only 13 per cent feel equipped to help them. Loneliness has a detrimental effect on health equivalent to high blood pressure, obesity or smoking 15 cigarettes a day. It wreaks havoc with sleep.

Old age, Macbeth believed, should be full of “honour, love, obedience, troops of friends”; but almost 75 per cent of older people in the UK are lonely, and most of them have never dared admit it to family or friends. More than a million older people in the UK feel lonely all or most of the time. Only 22 per cent of us never feel lonely. And so on, and on.

Earlier this year, Theresa May appointed Tracey Crouch “minister for loneliness”. Her job is to fulfil the wishes of murdered MP Jo Cox to “turbo-charge” society’s response to an “unseen epidemic”. Crouch’s spacious Whitehall office is full of footballs – she’s also minister for sport – but there’s no doubting her commitment to this new role.

“As a backbench MP I did a lot of work on loneliness in older people,” she says. “I was involved in the Campaign to End Loneliness and the Silver Line. I considered myself as an older person’s champion, in my constituency and in the county of Kent.”

But loneliness is not, she stresses, confined to the elderly: “There is no prejudice to loneliness in terms of whom it affects – so income, gender, professional background, age, are irrelevant. It can impact on anybody at any time in their lives.”

But old people remain at the forefront of our minds when we think of loneliness, and when I meet three of them they speak with a settled, habitual sadness that could draw tears from a stone. All three feel “ashamed” of their loneliness – “we are with loneliness,” says Tracey Crouch, “where we were 10 years ago with mental health: there is a stigma attached to it” – so all chose not to give their real names.

Violet lives in north London. By herself at home the loneliness becomes unbearable, so when she feels up to it she fills her days with long bus rides. Sometimes the people sitting next to her chat, sometimes they don’t, “but at least I’m with people”. Until it happens to you, she says, “you don’t know how bad loneliness is”.

Colin lost his wife two years ago, and he’s now one of the 40 per cent of old people for whom television is the main companion. He can’t say where his grief ends and his loneliness begins. “Grief is loneliness,” wrote Cardinal Hume, “a sickening sorrow at night, on awakening a terrible dread. Another’s words do not help. A reasoned argument explains little for having tried too much.”

You might imagine that for old people with families loneliness is eased – but it’s not necessarily so. The classics scholar Teresa Morgan is also associate priest of the parish of Littlemore in Oxford. “When I go visiting in my parish,” she says, “I often find that the really lonely people are not those without families, but those with families who never visit.”

Lydia, 78, has two children and four grandchildren – “but they are busy with their own things”. Loneliness can “freeze you” she says. “I wake up and think, ‘What the hell shall I do?’ I try to make lists.” Then she adds, tellingly, “Most people can’t be bothered with a woman on her own.”

Literature is full of lonely spinsters. Think of Edith Hope, the romantic novelist in Hotel du Lac, or Barbara Covett, the elderly teacher in Notes on a Scandal, or – perhaps most exquisitely painful – the eponymous central character in Brian Moore’s The Lonely Passion of Judith Hearne. Living in cheap lodgings in Belfast, watched over by a vivid painting of the Sacred Heart, Judith Hearne is plain and pinched – “a temptation to no man”. When one of her fellow lodgers begins to make passes at her, her spirits lift – only to be crushed when she discovers that what he wants is money – which she hasn’t got.

Moore’s novel was written more than 50 years ago; surely today there is no longer a stigma attached to single women? It seems that there is. “I was keeling towards the midpoint of my thirties,” writes Olivia Laing in  The Lonely City, “an age at which female aloneness is no longer socially sanctioned and carries with it a persistent whiff of strangeness, deviance and failure.”

Single men, of course, can be lonely too. Sam, recently divorced and now separated not only from his ex-wife but from his two young children, says his loneliness makes him feel he’s “had his heart ripped out”. Robin, who has spent more than half his life in prison but is now free, tells me, “I’m far lonelier now than when I was inside. I go for long walks, but when I get back I know it’s just me, the TV and the bed.”

It’s not surprising that from time to time Tracey Crouch feels “quite overwhelmed” by the scale of the challenge she faces: “We are really pulling together a lot of people across Whitehall and beyond to work in partnership in facing up to that challenge. We have nine or 10 civil servants from different government departments all bringing their expertise to this.

“We’ve had cross-ministerial meetings, and I’ve met numerous stakeholders from businesses, charities and other organisations all involved in trying to reduce loneliness in communities. And I’ve had meetings with ministers from countries including New Zealand, Australia, Canada, Japan, Norway and Sweden, all interested in what we’re doing. We are working together towards the same aim: to build an infrastructure to tackle loneliness over the long term.”

Tracey describes herself as “a C of E Christian, though not a good churchgoer”, and she is passionate about the role churches can play in her work. “As minister for heritage, I saw that there were lots of churches that could be opened up to bring people together. So there’s a structural opportunity, and then of course a theological one.”

One priest in a busy London parish (he too chooses not to be named) not only ensures that his church is open all day, but also encourages lonely parishioners to ring the presbytery bell. If he’s in, no matter how busy he is or how little he feels like company, he’ll always answer. Though his parish work, he says, gives him great joy, he has himself lived with loneliness, on and off, since he was ordained 40-odd years ago. He remembers his first Christmas as a priest. He was invited out for lunch, then returned home just as darkness was falling. “Every house in the street was lit up except mine,” he says. “It looked as if a tooth had been pulled, and I thought, ‘Goodness. This is it.’”

Yet living with loneliness has, he says, borne fruit. “If I’m feeling really grim, I come downstairs and just sit in front of the Blessed Sacrament. My loneliness drives me to the Lord.” Lived in the context of saying the office and saying his prayers, he says, “loneliness can be a source of extraordinary strength”.

Writer and Tablet columnist Sara Maitland agrees. More than 20 years ago, following a divorce, she went to live in a remote Scottish valley 10 miles from the nearest shop. She expected to be miserable. Instead, she found herself becoming fascinated by silence – “by what happens to the human spirit, to identity and personality, when the talking stops, when you press the off button, when you venture out into that enormous emptiness”. Gradually, she began to develop “an increased relationship with the numinous – you don’t very often discover faith at a cocktail party, but you do discover it alone”.

The Benedictine monk Laurence Freeman, director of the World Community for Christian Meditation, in another believer in the potential fruits of solitude – “meditation is our way to solitude, and solitude is the discovery of our own uniqueness” – and so, in her own way, is Tracey Crouch. “I’m a big advocate of mindfulness – and a practitioner. We hold mindfulness classes in my department, and we have a reputation across Whitehall for good mental health.”

But mindfulness needs to be taught early – ideally, Crouch says, at school – and for many learning to relish solitude is no longer a realistic option. So unless more of us, like that exemplary parish priest, make space in our lives for lonely people, the outlook is bleak.

“I think the greatest suffering in the world is being lonely,” wrote Mother Teresa, “feeling unloved, just having no one. I have come more and more to realise that it is being unwanted that is the worst disease that any human being can ever experience. Nowadays we have found medicine for leprosy and lepers can be cured. For all kinds of diseases there are medicines, and cures, but for being unwanted, except where there are willing hands to serve and there’s a loving heart to love, I don’t think this terrible disease can ever be cured.”

Maggie Fergusson is literary editor of The Tablet.