The writer and the bricklayer: How Primo Levi survived Auschwitz 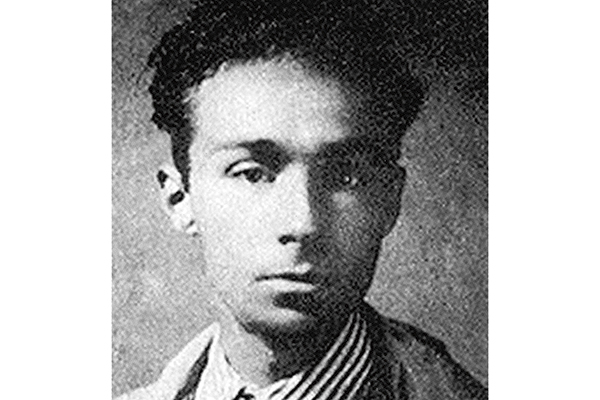 “Nobody knows how much I owe that man,” Primo Levi said of the Italian compatriot who saved his life at Auschwitz, adding: “I could never repay him.” He was referring to Lorenzo Perrone, a bricklayer from the Piedmontese town of Fossano, not far from Levi’s native Turin. Without him, Levi could not have written If This is a Man. “I believe that it was really due to Lorenzo that I am alive today,” Levi wrote in his matchless account of survival in the camp, “and not so much for his material aid, as for his having constantly reminded me by his presence, by his natural and plain manner of being good, that there still existed a just world outside our own, something and someone still pure and whole, not corrupt, not savage, extraneous to hatred and terror; something difficult to define, a remote possibility of good, but for which it was worth surviving.”

Levi named his son Renzo and his daughter Lisa Lorenza after the providential mason. A Catholic priest I spoke to in Fossano, Fr Carlo Lenta, said that Lorenzo Perrone had helped other Jewish prisoners at Auschwitz, though typically without telling anyone. “His charity made no distinctions,” Fr Lenta told me. “It was incontestably a holy act.” In 1998, Perrone was made a Righteous Gentile at the Yad Vashem Holocaust memorial in Jerusalem. In Fossano today, there are those who think he should be canonised.

Born in northern Italy in September 1904, Perrone was not quite 40 when Levi encountered him at the camp in the summer of 1944. Perrone was employed by the Italian construction firm Boetti & Co. that helped to build the synthetic rubber plant at Auschwitz III where Levi worked as a slave labourer. Officially Perrone was a “volunteer” chief mason in the Third Reich; as such, he was able to receive food parcels from home and sleep in comfortable Italian billets. However, he refused cigarettes and other ­luxuries from the German guards, whose ­discipline he loathed and feared. The poverty of his Italian birthplace, where people ate bread soaked in wine to fend off

hunger, was grievous, but in the violent, degraded environment of Auschwitz there was real starvation.

The mason’s thick Piedmontese accent filled Levi with a surge of compatriotic solidarity. Each day for six months, Perrone smuggled Levi an additional soup ration. He said ­nothing as he left the mess tin – part of his own ration – by the half-constructed brick wall. The soup might contain a sparrow’s wings, prune stones, salami rind, even bits of Italian newsprint reduced to pulp. Nevertheless, it provided Levi with the 500 extra daily calories he needed in order to survive. Perrone also gave Levi a multipatched vest to wear under his ­prisoner’s uniform to keep him warm. Levi repeatedly warned Perrone of his crime in helping a Jew, but Perrone shrugged his shoulders. For as long as Levi was his bricklaying assistant, the food arrived safely. Perrone had to be careful as the nearby Italienischen Syndikats-Büro  – Italian Work Office – teemed with spies.

Perrone helped Levi in another vital way. Almost no Jew at Auschwitz was able to send or receive post. The weekly hour when the non-Jewish political prisoners read their post was the saddest for Levi. Letters meant more to prisoners than anything else: they gave a slender meaning to their lives and a sense of connection to the world they had lost. Thanks to Perrone, Levi was able to smuggle out ­messages to Italy. Perrone transcribed Levi’s words in his semi-literate hand, signed them with his own name and then dispatched them to Catholic contacts in German-occupied Turin, who could be relied on to communicate news to Levi’s mother, who was in hiding. The challenge was to devise a message that the addressee could understand but which would not arouse the suspicions of the Auschwitz censors.

Levi’s first postcard, rubber-stamped ZENSOR (verified) on 25 June 1944, was signed by the “Italian Facharbeiter”, “specialist worker” Perrone, and bore a Hitler postage stamp. The card reached Italy the following month. “I saw Primo yesterday. He is well and he is working and maybe he will write to you, he’s got a bit thinner …” For seven months Levi’s mother had had no news of her son –she was sure he was dead – but now she had hope. Four weeks later, Levi received the first of two postcards from “Signora Lanza”, his mother. He read it in a foul-smelling cistern on the Auschwitz III worksite away from spies. His reply, copied out again by Perrone in his own untutored hand, contained the falsely consoling words: “Don’t worry about me and try to send me everybody’s news.” Consumed by anxiety for her primogenito (firstborn), Ester Levi would not see Primo for another 13 months.

At risk to his life, Perrone continued to bring Levi his half-litre of potato-peel gruel. In December, however, with Stalin’s Red Army approaching, Perrone decided to set out on foot for Italy. He slept in haylofts by day, and walked westward by night, orientating himself by the stars. By the time he reached Turin in mid-May 1945, five months later, Hitler was dead and the Third Reich finished. Perrone went to see Levi’s mother, whose address he had. Ester Levi surely was startled to encounter the shy, awkward, Po valley artisan who had tidings of her son. A born desponder, Perrone told her that her son was unlikely to return alive from Auschwitz. Afterwards, he walked 80 miles to Fossano, where he was found in a field half-dead from brandy and fatigue. Secondo Perrone, the mason’s brother, told me: “When I asked Lorenzo where the hell he’d been, he refused to say and went off with a drinking crony. He didn’t want to talk about Auschwitz, what he’d seen there, to anyone.”

A burning question stalked Perrone’s homecoming: Perché io e l’altro no? Why me and not the others? His survival, when so many had died, had become his shame and it would become Levi’s, too. By a miracle, Levi made it back to Turin. In the Christmas weeks of 1945 he sought out Perrone in Fossano but, with a drunkard’s truculence, his friend told him to go away. Perrone had once been a youthful, broad-chested athlete in Italy’s crack Bersaglieri army corps but now he was a drinker with cheap grape brandy on his breath. Levi managed to find him a bricklayer’s job in Turin, but his old profession was hateful to him now. All Perrone could look forward to was the Feast of St Anne in Fossano on 26 July, when there was forgetfulness and free drink in honour of the Virgin Mary’s mother. His alcoholism was a form of suicide; Perrone was not strictly a survivor, but Levi believed he was dying slowly of the “survivor’s ­sickness”.

Fr Carlo Lenta watched in dismay as Perrone sold quantities of scrap metal in the snow on the streets of Fossano without an overcoat, his face blue. “In the end, Lorenzo contrived his own abandonment, no one could save him – not even Primo Levi.” Perrone had taken to sleeping off his hangovers in hedgerows and icy ditches; one night he fell in with an ex-policeman who was homeless and, it turned out, tubercular. Perrone invited him home for more drink. The policeman slept rough on the floor with Perrone’s five brothers and sisters. Inevitably Perrone’s ­alcoholism made him susceptible to the ­tuberculosis and within weeks he had begun to cough blood. Concerned, Levi referred Perrone to Savigliano Hospital outside Fossano, where he knew a doctor. There Levi bought Perrone wool jumpers, a new pair of winter trousers, and sat by his bed holding his hand. Perrone had begun to hallucinate rats and lions and, according to his brother Secondo, “winged beasts” out of Dante. Briefly, hospital looked like his salvation, but Perrone kept running away in search of alcohol. After six months in and out of the ward, he was found moribund in a ditch: his liver had shut down.

He died in the hospital in the early hours of 30 April 1952, aged 48. Cause of death: “Tuberculosis complicated by bronchial pneumonia” and alcoholism. A wake was held in Fossano at 14 Via Michelini, where the mason was born (and where a plaque has yet to go up), followed by obsequies in San Giorgio parish church. Half the townspeople came to pay their respects that Easter month as Levi told the mourners: “I believe that it is really due to Lorenzo that I am alive today.” The dead man’s five siblings, Caterina, Giovanna, Giovanni, Michele and Secondo, stood in silence as Levi placed flowers by the open ­coffin. For some months afterwards, Levi was pale and grieving.

Perrone said he could no longer believe in God after Auschwitz, but he retained a “sense of religion, a pity for the downtrodden”, Fr Lenta told me. In 1986, shortly before he took his own life, Primo Levi commended Lorenzo Perrone as “really a sort of saint”, who neither asked for nor accepted any reward for his charity.

Holocaust Memorial Day was on 27 January.

Ian Thomson is the author of an acclaimed biography of Primo Levi; his latest book, Dante’s Divine Comedy: A Journey Without End, is published by Head of Zeus.