Time and space in the Eternal City

Pope Francis met with French President Emmanuel Macron, in a meeting where difficult issues were tackled 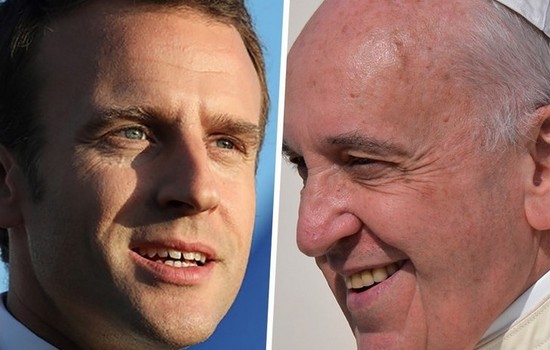 Rome has long been a place where time and space come together with particular impact. The history is evident throughout the city.

However, it is also the heart of a form of Catholicity that takes concern for universal values to the highest level.

In a series of meetings ranging from the Vatican to the Lateran on Tuesday, Emmanuel Macron showed he understood how to communicate a message at the level of this unique world city.

In particular, he displayed a keen awareness of the current situation of a Europe that is continuing to tear itself apart over the issue of migration.

Clearly, his long appointment with Pope Francis will not be easily forgotten. According to those present, it was a genuine encounter, a freewheeling and frank conversation that positively impacted on the French president.

“That is not very frequent in a job like mine,” he later told journalists.

Nevertheless, there was undoubtedly little time for these issues, even though the audience lasted for longer than usual. Topics discussed included international cooperation, environment, development, migration, laicity and interreligious dialogue.

And that was not the end of the visit! During his brief trip to Rome, President Macron also met with the leaders of the Sant’Egidio community to discuss Africa and the humanitarian corridors established for refugees.

In order to prepare the meeting of the Council of Europe at the weekend, he also met with Italian president, Giuseppe Conte, albeit discreetly out of respect for the Holy See.

The visit included many moments in which issues were raised that affect dialogue among peoples and peace in the world.

It was indeed necessary to come to Rome under its limpid sky to the courage to tackle these issues in a city that remains at the center of time and space.