What does Catholic Social Thought teach us about leadership? 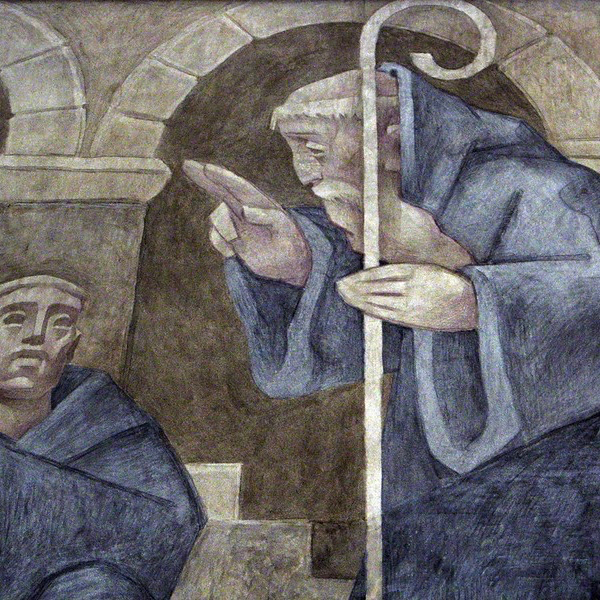 In the popular mindset Catholicism is equated with clergy abuse scandals and a hierarchical, manifestly undemocratic style of leadership. Some see its diocesan bishops as the equivalent of middle managers positioned beneath a top-heavy, pyramidal structure – veritable “yes men” whose job it is to prop up the institution at the expense of those at the bottom (i.e., the lay faithful) whom they are (at least theoretically) called to serve. The Church is increasingly seen as out of touch, indifferent, painfully wanting.

The worries about public health, especially over the threat to vulnerable people, that had been swept aside in the name of “freedom” and the drive to “get people back to work”, are now reasserting themselves as the Omicron variant of the Covid virus rages through the population.  Concerns about leadership and management are causing questions to surface as to where we are being “led” and to what end. Living at a time when dubious standards of behaviour are being shown by leaders in both the secular and ecclesial spheres, where moral weakness is accepted or, at best, “forgiven”, and where ill-judged actions and their consequences are always the fault of someone, or something, else, the very concept of strong role models has slipped to an alarming low. The consequences of leadership being seen as an exercise in power, whereby voices of dissent – an erstwhile corrective – are drowned out, should sound alarm bells and signal a need for engagement.

Constant through the discussions of negative examples of leadership and management in church, state and society has been the lament that all such instances constituted an “abuse of power”. But, surely, a construct that equates leadership with “power” creates the very climate in which abuse of any kind may take root. Systems predicated on patriarchy, hierarchical structures with the doling out of privileges for the few at the expense of the many, cause societies and organisations to malfunction. Leaders with scant regard for a code of ethical behaviour by which their lives and leadership may be held up for scrutiny are dangerous markers. The brazening out of reckless policies which are morally unjust can be replicated by those in all strata of leadership positions for whom self-reflection, compassion and the ability to listen are all too often perceived as signs of weakness.

So, what might the Catholic Church – in spite of its own record of abuse of power – bring to the discussion of what leadership could, in a humbler, kinder and more accountable world, look like? There is St Benedict’s monastic Rule, with its stress on leadership as an exercise in active listening. For Benedict, listening took top place in the requirements demanded of a worthy and effective leader.  It was a necessary mark of respect for all members of a community, from whom responsible decision-making ought ultimately to derive. There is also the Ignatian model of leadership, which sees all Jesuits as would-be managers whose first steps lay in the fostering of self-management or self-knowledge. And then there is Catholic Social Teaching, which many regard as the epitome of what Catholicism can offer to the world of politics and work.  In Introducing Catholic Social Thought former Cardinal Hume Visiting Scholar, Professor J. Milburn Thompson writes: “We are all in this together, a global village, a human family that needs competent government action and effective global institutions. The Catholic principle of the Common Good links human flourishing with the health of the community in a way that mutually reinforces both.” Each of these, along with numerous other examples drawn from the Catholic tradition, have much to offer to the mapping out and implementation of workable systems of leadership and management in both the ecclesial and secular spheres.

In October last year, the Margaret Beaufort Association hosted an online study day, Catholic Ethical Leadership and Management in Ecclesial and Secular Settings. Much of its focus was on the rich store of spiritual and theological resources from which Catholicism can draw; the speakers – Anna Abram, Charles Wookey, Dame Laurentia Johns OSB, Adrian Porter SJ, Gemma Simmonds CJ and Catherine Arnold – took on the challenge of what the Church might possibly have to say to the world on the exercise of ethical leadership. The day took attendees through an exploration of historical Catholic roots of ethical leadership and how they have been applied as a model for better business: Catholic Social Teaching with its stress on the dignity of work and the option for the poor; the Church’s synodal process and its impact on religious life; and the ethics underlying the way leadership has been lived out by the Master of a Cambridge College.

By bringing the Church’s excellent resources to the fore – resources it has commonly failed to use to put its own house in order – those of us positioned towards the bottom of the pyramid might be enabled to draw upon some of them to help make the world a better, more morally just place in which to live and work in the same ethical breath.  The need for ethically-inspired leadership is urgent – and the Margaret Beaufort Association is already planning a follow-up event to take place later this year at which these ideas – and others – will be explored further. Susanne Jennings is President of the Margaret Beaufort Association, Cambridge