What Pope Benedict XVI will do.

Pope Benedict XVI's resignation - the first by a Pope for more than 600 years - is forcing the Vatican to consider some unusual questions. Here are 10 answers.

1. Name and title He will be known as Pope emeritus, or Roman pontiff emeritus, the Vatican announced on Tuesday. He will also continue to be known by his papal title of Benedict XVI, rather than reverting to Joseph Ratzinger, and he will continue to be addressed as "Your Holiness" Benedict XVI - in the same way, for example, as US presidents continue to be referred to as "president" after leaving office. "Emeritus" is a Latin word meaning "retired", from the verb "emereri" - to earn one's discharge by service.

2. New home Benedict XVI will leave the Vatican by helicopter before he resigns at 20:00 (19:00 GMT) on Thursday, but he will return in about three months to a new residence - a former convent known as Mater Ecclesiae - in the south-west corner of Vatican City. Reports suggest Vatican gardeners will continue to cultivate a 500 sq m organic fruit and vegetable garden there - the Pope is said to enjoy marmalade made from its oranges. Meanwhile - as Mater Ecclesiae is refurbished - he will stay in the papal residence at Castel Gandolfo, south of Rome. 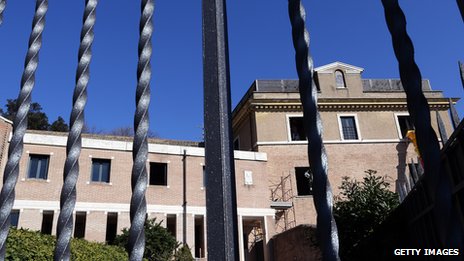 3. His clothing The Pope emeritus will continue to wear papal white - rather than the black of an ordinary priest, or the red of a cardinal. However it will be a simple cassock, with none of the flamboyant hats and vestments he revived during his papacy (prompting the Wall Street Journal to ask "Does the Pope Wear Prada?") He will be giving up his trademark red shoes, wearing instead brown shoes handmade for him by Mexican craftsmen during a visit to the country last year. 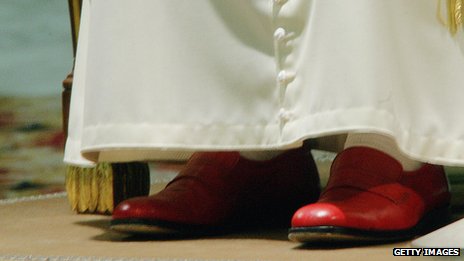 4. His ring According to tradition, the papal apartments are sealed and the Pope's gold ring - known as the fisherman's ring - is smashed with a specially designed silver hammer when the Pope leaves office. "Objects strictly tied to the ministry of St Peter must be destroyed," the Vatican says. This time round, though, the insignia on Benedict XVI's ring was merely scratched with a cross so that it can be kept for posterity - perhaps in a museum. 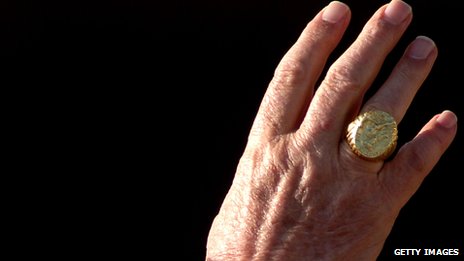 5. His duties Benedict XVI will have no further administrative or official duties. He will not participate in the conclave to elect his successor (nor will any cardinal over the age of 80), though, since he appointed 67 of the 115 men who will take part in the conclave, his influence will be felt. Senior Catholics have also been re-reading speeches made by Benedict XVI before of his retirement for any hints about the qualities he believes his successor will require.

6. Life in retirement Announcing his resignation, the Pope said he would spend his time praying for the Church. His elder brother, Monsignor Georg Ratzinger, has also said Benedict would be happy to advise his successor, if required. Writing and studying also seems likely to be on the agenda - Benedict had a library of 20,000 books installed in the papal apartments when he was elected in 2005. He also enjoys playing the piano and watching old black-and-white comedies - and he loves cats. At least one, Contessina, is known to live at Mater Ecclesiae. 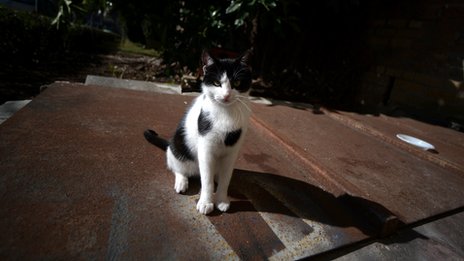 7. Social media The Pope's Twitter accounts (@Pontifex and its eight different language versions) will go into hibernation when Benedict XVI steps down. He is expected to utter his final tweets along with his final general audience on Wednesday and before he departs the Vatican on Thursday - saying goodbye to the 2.5 million followers he has gained since opening his account late last year. Whether he will take the papal iPad on the helicopter is an open question. During the "interregnum" - the period between two popes - Vatican updates will be distributed from the Secretariat of State's account @TerzaLoggia. 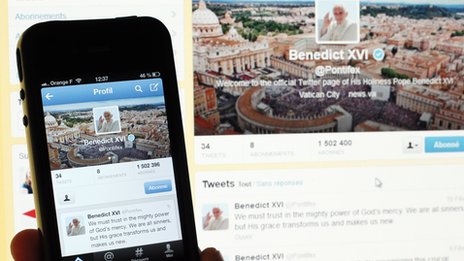 8. Golden parachute Modest as Benedict XVI's retirement plans may be, as a bishop he will retain the Vatican's generous private healthcare policy and is likely to have recourse to the doctors who currently manage his medical treatment. It's possible he will continue to be cared for by the small group of German nuns who have looked after him during his papacy. As a pope has not retired for 600 years, there's no precedent for a papal pension plan, but Canon law requires each diocese to look after the welfare of retiring clerics. Rome will doubtless take good care of its Pope emeritus.

9. Georg Ganswein Benedict XVI's personal secretary, Archbishop Georg Ganswein - the photogenic face seen in the background of a million photographs - will stay in this post. However, he will also keep up his role as head of the papal household for Benedict's successor. He will be the servant of two masters. 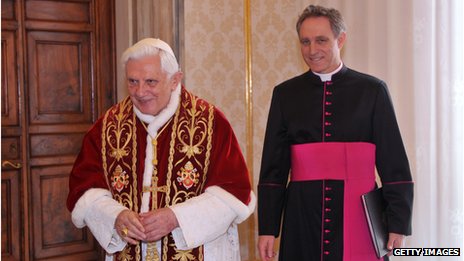 The Pope with his personal secretary, Archbishop Georg Ganswein

10. Infallibility It's a widely held misconception the Pope is infallible in everything he says and does. In fact, the First Vatican Council of 1870 ruled a Pope's rulings are infallible only when they are made "ex-cathedra" - as part of a doctrinal statement about the Church. Benedict XVI never invoked this privilege (and in fact only one infallible statement has been made since 1870). When he resigns as Pope he will no longer be able to make ex-cathedra statements.