Why is the Mona Lisa smiling? You asked Google – here’s the answer

Every day millions of people ask Google life’s most difficult questions. Our writers answer some of the commonest queries 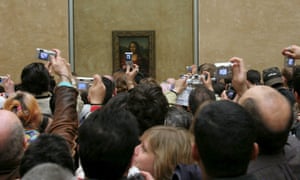 Of all the world’s enigmatic works of art, it is probably the Mona Lisathat people are the most curious about. And indeed, it is hard to imagine why a 77x53cm painting on a piece of wood might be worth more than double the £340m paid for Leonardo da Vinci’s Salvator Mundi last year. So – why is she worth so much? Why is she so famous? Why is she smiling? There are answers – but they only tell you so much. 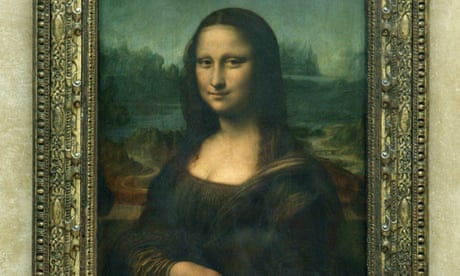 Leonardo died in France in 1519; the painting went to its owner, King Francis I of France, Leonardo’s last great patron; it remained with the French monarchy until the revolution. After briefly hanging in Napoleon’s bedroom in the early 1800s, the painting went to the country’s new art museum, the Louvre, where interest in her (and her smile) caught on and built slowly over the next century.

Then, in the 20th century, the Mona Lisa went from painting to pop idol. First, the journal of a visitor to Leonardo’s workshop in 1517 came to light, clearly implying he saw not one but two very similar Mona Lisa paintings, which suggested that the portrait in the Louvre might not be of Lisa del Giocondo, but a mysterious someone else. Then, in 1911 the painting was stolen from the Louvre; among the suspects questioned were poet Guillaume Apollinaire and … Pablo Picasso. The Mona Lisa was finally recovered in 1913 – the same year that the “second” Mona Lisa was discovered in an English estate. (Appearing to be an earlier portrait of del Giocondo, the “Isleworth Mona Lisa” still has experts bickering over authenticity a century later.) The 21st century (and the novel The Da Vinci Code) has only amped up her supposed enigmas, making her an occult mystery, shrouded in conspiracy theories and buried in fake news.

That’s the gist. But that doesn’t really explain the painting’s appeal – she doesn’t really symbolise the breadth of Leonardo’s interests and ideas (about mechanics, astronomy, architecture, optics and more). To really understand the true importance of the Mona Lisa, you have to go back to the old question: why is she smiling? But the only way this works is by contemplating it not as a question, but as an answer.

The reason we ask why she is smiling is actually because all the other portraits aren’t. Before, during and long after the Renaissance, artists did not paint their subjects smiling. Leonardo made a definite decision, though, even hiring people to come and, wrote Vasari, “make her remain merry, in order to take away that melancholy which painters are often wont to give to the portraits that they paint”.

So, it’s not why she’s smiling that’s important, it’s that she’s smiling. Not as exciting as a code in her clothing, but more useful: the trick of using a question as a clue and a key can be surprisingly useful. Take one of the queries that has vexed humanity for centuries. What is the meaning of life? Inspiring films, self-help books and clever cartoons have all taken a crack at it, to no avail. So if we consider the question as an endless, fruitless quest, we might reasonably assume that meaning is something we care an awful lot about.

And it is. We need meaning urgently; we seek it out, from the physical environment we negotiate all day long to the facial expressions in those we encounter, and it labels thousands or even millions of things before you even know it’s happened. The human brain is in a constant state of what Travis Proulx, a senior lecturer at Cardiff University, has called “meaning maintenance”. All these meanings gets instantly arranged in a staggeringly huge personal cosmology of meanings that make up your reality (just like in The Matrix). The perceptual psychologist James Gibson called all these labelled meanings “affordances”, since they all afford you different experiences and relationships. The more they afford you, the more meaning they hold for you. That is why we love a nice, juicy mystery that engages us with a tantalising trail of un-affordances all leading up to the killer’s climactic unveiling.

Things that don’t add up get our attention; we want everything to square. The train is oddly late. Why? Your coworker made a weird remark. Why? Questioning something as big as the meaning of life just shorts out the system. Pushing “all of life” and “your life” into one concept is way too massive and nebulous to be coherent – so the system freezes. Meanwhile, all your emotions about your life and yourself – what you could be, what you could have been. Together, the freeze and the feelings give the illusion that something is really missing. 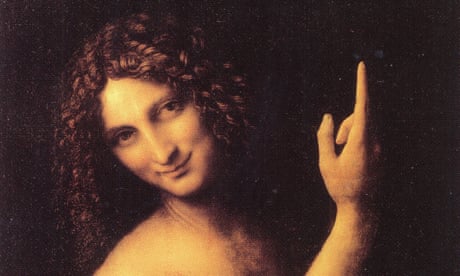 At the same time, hearing an answer that seems too simple and unremarkable for the size of the question feels unfair, unjust, somehow. That’s so much the case with the Mona Lisa that it could be called the Mona Lisa paradox. The problem is that the importance of her contribution gets lost. Finished in 1517 – the same year Martin Luther published his famous screed against the Church – the Mona Lisa is not an idealised Madonna, but a real woman recreated by a real man. So she also shifts away from Rome, away from God as the only creator. (Back then, the verb “create” was only something God did.) In her modest realness, the Mona Lisa is a colossus – not only the face of Renaissance humanism, but a new standard for art as much an intellectual exercise as an aesthetic one. Those are the mundane truths. The Mona Lisa smiles because she was painted smiling. We seek the meaning of life because we seek the meaning of everything. It brings to mind the wickedly dark-humoured writings of Muriel Spark (born 100 years ago this month). She often gave her characters unjust desserts, defiantly frustrating the search for meaning, wonderfully so.

“Why?” People often asked her.

She told them: “You have to live with the mystery.”

• David Colman is a freelance journalist