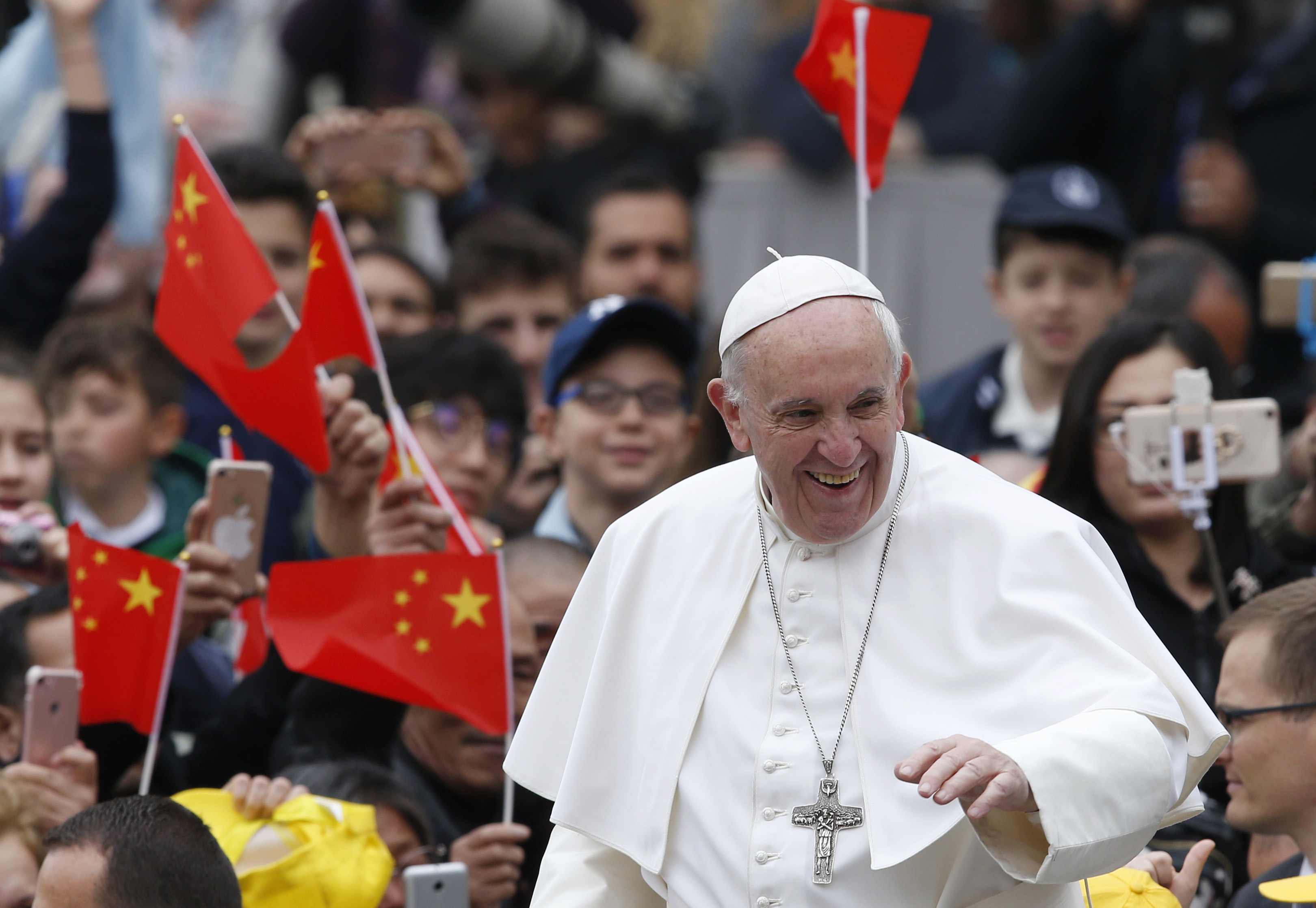 Two bishops from mainland China, including one whose excommunication was lifted just over a week ago, will become the first from their country to attend a Synod of Bishops when they participate in this month’s gathering in the Vatican.

During a 1 October press conference in the Vatican, the synod co-ordinator Cardinal Lorenzo Baldisseri confirmed that the Chinese bishops would be attending the assembly as a result of the Holy See and China deal on bishops’ appointments signed on 22 September 2018.

As part of that agreement, Pope Francis lifted the excommunications of eight bishops ordained without papal approval by the state-run Catholic Patriotic Association.

Among those re-admitted to full communion was the Bishop of Chengde, Joseph Jincai Guo, and he and the Bishop of Yan’an, John Baptist Xiaoting Yang, will make up China’s delegation for the 3-28 October synod meeting on young people, the faith and vocational discernment.

Francis’ lifting of the excommunications means that all of China’s bishops are now in communion with Rome for the first time in many years. And on the day the Vatican-Beijing accord was signed, the Pope formally “erected” Bishop Guo’s diocese.

The Chinese bishops will take part in a synod that has become a proxy battleground for internal tensions in the Church. During the press conference today, Cardinal Baldisseri criticised the Archbishop of Philadelphia, Charles Chaput, for writing a 1,300-word article in First Things quoting an anonymous theologian’s critique of the synod’s working document.

The cardinal, the synod of bishops’ secretary-general, said he couldn’t understand why Archbishop Chaput, who sits on the synod’s leadership council, didn’t raise his objections in the course of the preparatory meetings.

“The person in question is a member of the council,” the archbishop told reporters. “He was present during the moment the text was presented. If he had some objections, he could have made them clear, and we would have inserted them, calmly."

Archbishop Chaput has suggested the synod on young people be cancelled and be replaced with a gathering focussed on bishops in light of the clerical sex abuse scandals.

Cardinal Baldisseri defended the decision to hold a synod saying the event presented an opportunity to show what the Church is really about, and how it is “not represented by some who make mistakes.”

The new laws state that only clerics can be voting members, a move that rules out the possibility of women religious being appointed. Cardinal Baldisseri said that while the synod process seeks to involve the “whole people of God," it is a Synod of Bishops in line "with the tradition of the church,” which states that only the ordained get to vote.

The synod of bishops gathering in 2015, however, included one non-ordained religious brother has a voting member and the 2018 gathering as two brothers as members, although a source involved in the organisation suggested they may not be able to vote.

Including non-ordained religious, the source explained, requires a change in Canon Law which states that the synod must be made up of bishops, along with “some members of clerical religious institutes.”

The forthcoming synod will be made of 267 synod fathers, including 50 cardinals, 44 archbishops, 101 bishops and 37 auxiliary bishops, along with 34 people aged between 18 and 29 from every continent, some of whom will get a chance to speak to the gathering.

The young people will be among the “collaborators,” “observers” and “auditors” who participate in the discussions but don’t get to vote as will 32 women, including religious sisters from places such as China, Kenya, Korea and France; lay women serving their local churches and two sociologists, Professor Cecilia Costa of Roma Tre University and Chiara Giaccardi, from the Catholic University of Milan.